The A-Class of cars have been out of action over the past year and frankly, we’ve missed them all, right from the hatchback to the SUV and even the sedan. The sedan especially so, because we caught a glimpse of it at the 2020 Auto Expo. The intention of Mercedes-Benz India was to launch the car in 2020, but the pandemic pushed these plans and now the car will be launched in India on March 25. But ahead of its launch, Mercedes-Benz India has given us a chance to get a taste of what to expect from the A-Class Limousine and we drive it in the hot and humid climate of Goa! 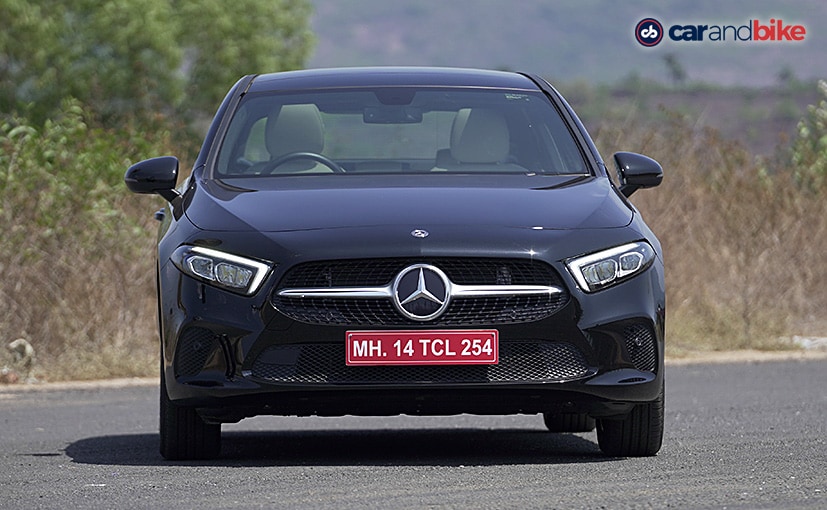 The front is inspired by the CLS and looks every bit bold, while the profile looks like a compact C-Class, but with an identity of its own

The very first thing that pops into your head is the CLS when you see it, especially the front. When it comes to the profile, it’s more like the compact version of the C-Class, but it has a unique identity. The LED DRLs look unique and then there’s the bold front grille and larger intakes on the front bumper. It isn’t in your face or aggressive in terms of design but what it brings to the table is elegance and sophistication, something that first time buyers will definitely love.

The tail lamps too add to the overall look of the car and the design then is progressive and looks great and in tune with the times. You know too that this design will age well with time. The Mercedes A Limo (as Mercedes-Benz likes to call it) is the replacement to the CLA and now there is more competition for it in the segment and with an overall length of 4549 mm it does look long.

So let’s first take a look at the Limousine part of the story and that of course can mean only thing – space! 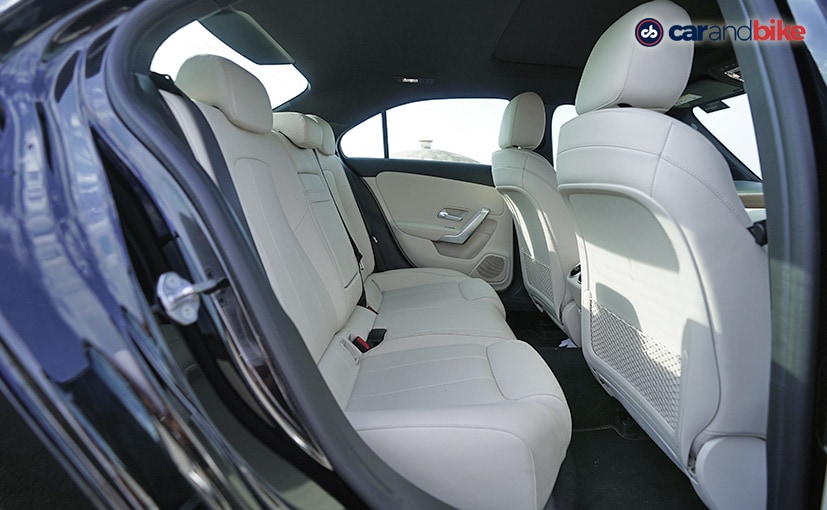 The big aspect about the A Limousine is the space at the rear. It boasts of a segment-best 2729 mm wheelbase which is 59 mm more than its closest rival and that shows. There was decent knee room and good headroom for a person as tall as me but what it lacks is underthigh support, so yes, long journeys will be a bit of a hassle. Now, If the seats would have been a bit more angular, that would have certainly helped. You also get rear AC vents, though you cannot change the temperature or the fan speed from back here and then of course there is the USB C-type charging point for rear passengers. 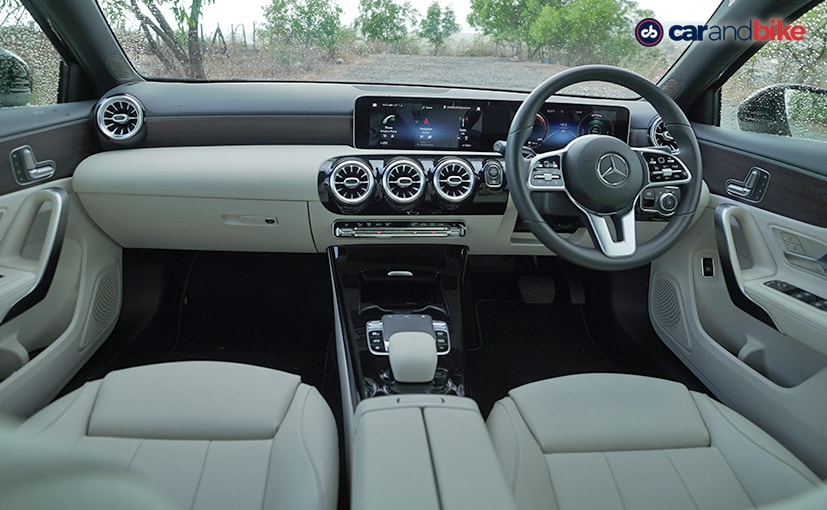 The cabin overall looks spacious, but it’s only on the front seats that you get a whiff of how feature-packed this car really is. In the A Limousine, Mercedes-Benz has used the top to bottom approach and so you get these massive 10.25-inch screens one is the instrument cluster and the other the touchscreen infotainment system. Both the screens are high definition and look great. There’s a dual-tone black and beige interior but my concern is this beige which is likely to need a lot of cleaning. And of course, you have this panoramic sunroof which adds to the experience. 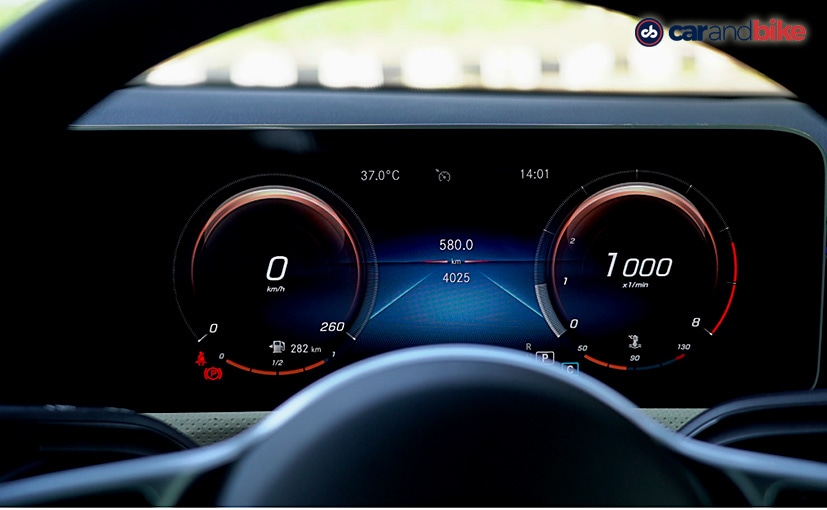 The list of features is a long one. The A Limousine comes with connected car technology MBUX, so you can remotely open and close the doors, windows, check the tyre pressure, monitor the vehicle status and more. Using the Mercedes me connect app you can also set a geofence, change light settings and even search your vehicle. And don’t forget the ‘Hey Mercedes’ feature which can search for hotels, restaurants, addresses etcetera when you command it to.

While it understands colloquial language, it hasn’t yet been programmed to understand regional languages like Hindi, Marathi or since we were in Goa-Konkani! Mercedes also has provided voice assistants like Alexa and Google Home where you can check the status of your car, without even getting off your sofa. 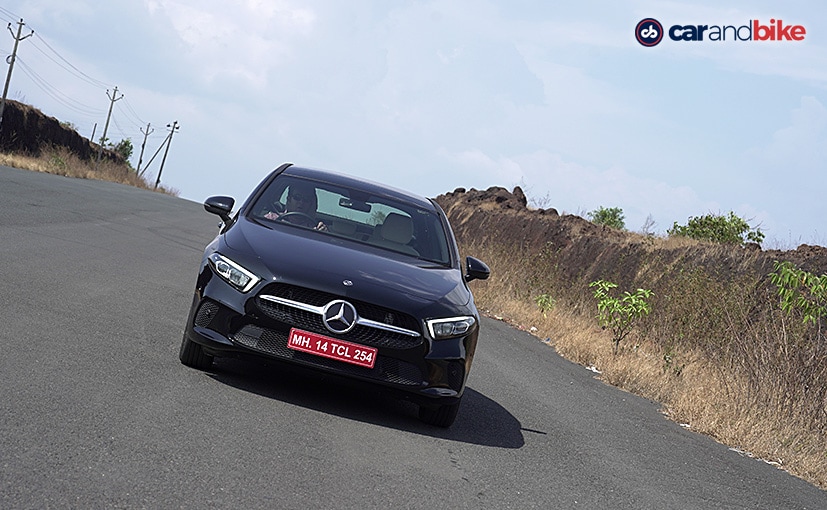 Performance is impressive with 0-100 kmph coming up in 8.3 seconds, but the sedan is efficient at the same time returning 17.3 kmpl (claimed)

But clearly, with a car like this, you wouldn’t want to just stay put on the sofa and watch the world go by. You’d rather do it sitting in the front seat. We got to drive the petrol version and it gets the 1332 cc 4 cylinder petrol motor which churns out 161 bhp and develops a peak torque of 250 Nm from as low as 1650 Nm and you have that power at your disposal thanks to the 7-speed dual-clutch transmission and of course, the paddle shifters add to the experience, because they react so quickly to your inputs that at no point in time do you feel, there’s a delay and that’s why you enjoy driving this even more. What impresses though is the balance that Mercedes-Benz has found in this car 0 to 100 kmph is done in just 8.3 seconds and that’s quick but it manages to return a fuel efficiency figure of 17.3 kmpl and that’s impressive!

Mercedes-Benz claims that the Limousine is the most aerodynamic production car in the world with a coefficient drag of .22. And of course, you get driving modes too, with Sport mode which significantly changes the character of the car. The gear shifts at higher rpm and it’s just so much more the driver’s car you want to be. The steering too weighs up well at high speeds and those 17-inch tyres help in you appreciating the ride quality of the car. 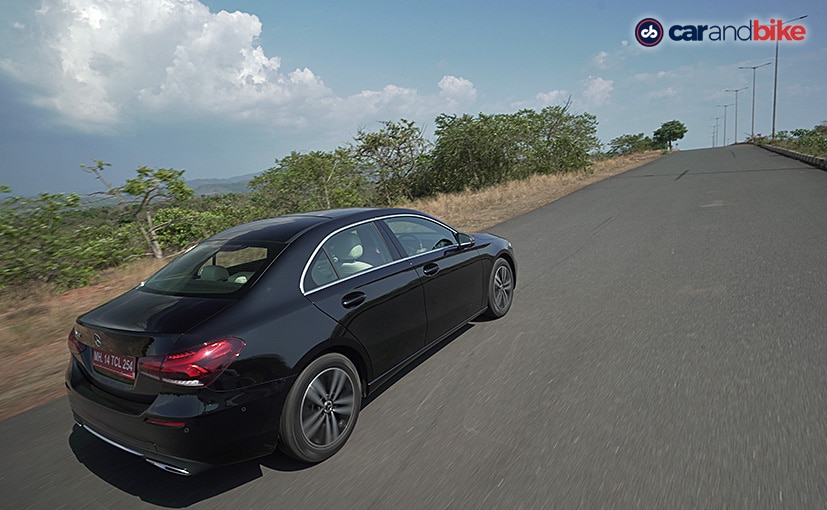 The India-spec A Limousine is 16 mm taller than the European spec version and so you no longer have to worry about it scraping its belly like the CLA did and that just shows how much has gone into making it ready for Indian conditions. The suspension set up is set for comfort and even bad roads are dealt with ease. What also impresses is that the A-Class Limousine will also be available with a 2-litre diesel engine and even an AMG model all of which will be manufactured at the company’s plant in Chakan.

Mercedes-Benz is also offering it in six colours and for those who want to spend a little extra sprucing up the car, there’s the Carbon Style package and the Urban package which has a whole bunch of elements added to it. 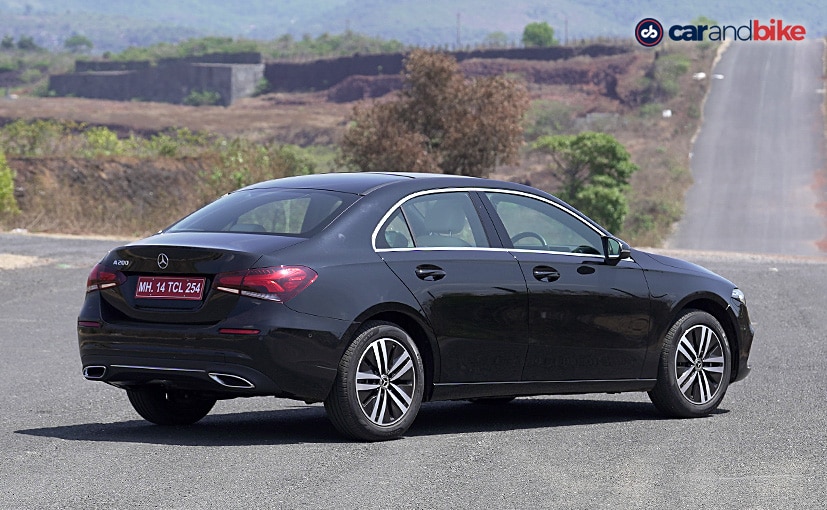 Now the only competition that the A Limousine has in the country is the BMW 2 Series Gran Coupe and it’s already available in both petrol and diesel engine options and prices for that start at ₹ 40.90 lakh.

Mercedes-Benz of course is looking at an aggressive price tag but given what’s on offer, we won’t be surprised if the company doesn’t undercut its rival.

Given that the company is offering an 8-year warranty on the engine and transmission and pushing the boundaries of features, the A-Class Limousine becomes a stand out product in that segment and for me, it is the ideal car to introduce you to the luxury brand!