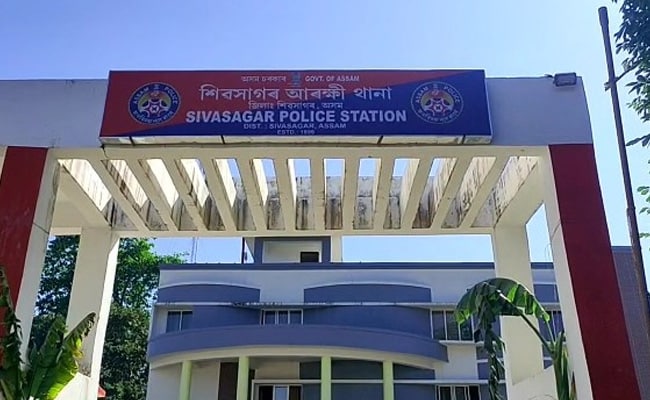 In Assam, locals handed over a family to the police on suspicions of attempting human sacrifice.

The Assam police have detained and kept in “protective custody” two couples and their six children, who were taken to the police station by locals on suspicion of attempting human sacrifice in search of a hidden treasure.

In the absence of any eye witnesses or a complaint by villagers in upper Assam’s Sivasagar district, the police have started their own investigation into the allegations denied by the family.

Residents of Dimowmukh village, about 370 km east of Guwahati and 10km from district headquarters Sivasagar, recently informed the police about two brothers – Jamiur Hussain and Sariful Hussain – whom they suspected of trying to their own children on the advice of a quack, locally known as Bez, the police said.

“Locals said that a person identified as Bez from Sonari, about 45 km from Sivasagar, had told the brothers that they will find gold hidden under a mango tree that’s in their house if they sacrificed their children,” a police official from Sivasagar said.

According to the police, the locals became suspicious when they found six children – three from each brother – kept in confinement. They then handed over the two brothers, their wives and the children at the Sivasagar Sadar Police Station.

“In the absence of a formal complaint and eye witnesses to support the allegations of human sacrifice, the police have kept the family in protective custody. We have started our own investigation in view of the allegations,” Jayanta Sharati Bora, a senior police officer in Sivasagar, told reporters.

However, the family has denied the allegations. They accepted that they had sought Bez’s counsel a month ago, but on how to improve their child’s deteriorating health.

“The family maintains that the villagers had grown suspicious of them even since their return from Sonari. The police are trying to apprehend the quack, which would shed light on the case,” Mr Bora added.

Human sacrifice, particularly of children, is not unheard of in Assam.

Last year, a child was rescued just when his family was about to sacrifice him in Assam’s Udalgiri district. In 2013, a man had killed his 13-year-old son in what was termed as a case of human sacrifice.