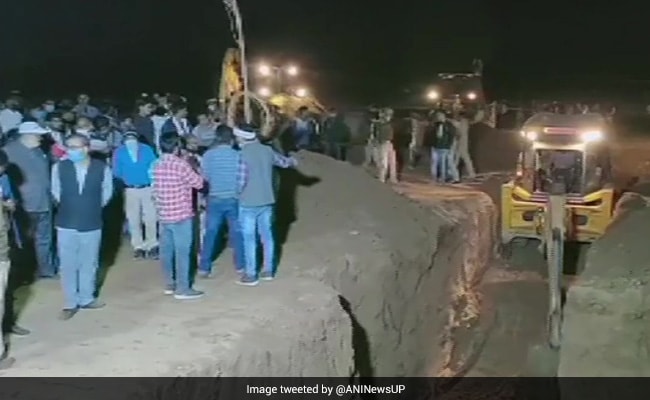 Arrangements have been made to supply oxygen inside the borewell, officials said

A four-year-old boy fell into a borewell in a village in Uttar Pradesh’s Mahoba on Wednesday and efforts are underway to rescue him, the police said.

The incident occurred around 2.30 pm when Dhanendra alias Babu was playing. “He is suspected to be trapped in about 25-30 feet deep borewell and his cries can be heard,” police officer Anup Kumar Dubey said.

Mahoba District Magistrate Satyendra Kumar said National and State Disaster Response Force have been called from Lucknow to assist in the rescue operation.

Health department officials are also present in the village and efforts are underway to bring the child out, Mr Kumar said, adding that arrangements have been made to supply oxygen inside the borewell.

At the time of the incident, his parents were irrigating their field, the police said