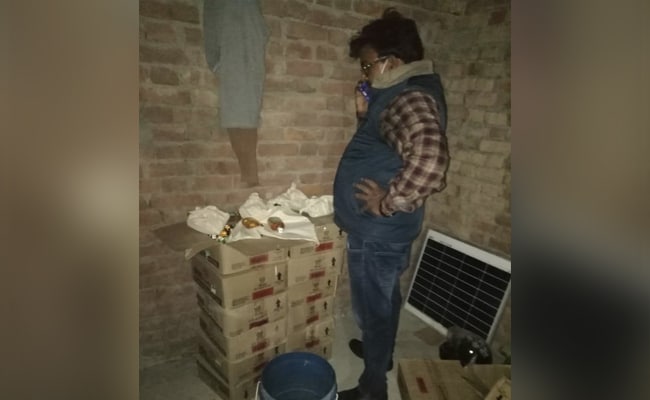 Six people died and at least 15 are admitted to a hospital after allegedly consuming suspected illicit liquor in a village in Uttar Pradesh’s Prayagraj.

The tragedy took place on Friday in Amilia village.

Locals say the victims consumed country liquor from a shop last night. Soon after, several people fell ill. The husband-wife duo who ran the liquor shop have been arrested based on initial evidence.

Prayagraj District Magistrate Bhanu Chandra Goswami the exact cause of the deaths can be confirmed only after autopsies and sample reports of the liquor.

“A team of district officials reached Amilia village after receiving information about the deaths due to consumption of illicit liquor,” the official said adding that the samples of liquor have been sent for testing.

Local residents told reporters that the liquor shop owners have a number of cases against them for selling smuggled liquor and yet they have around three liquor shops in the area.

“Even after selling stolen liquor and fake liquor, these people have been running three shops in the area, there are so many cases against them,” a local says.

An elderly woman, whose son has been admitted to the hospital, says that her son Anil fell ill soon after drinking liquor.

“He fell ill after drinking liquor today from the shop in Amilia village,” the woman said holding back her tears.

The District Magistrate said the case is being investigated and if found guilty, the culprits will be punished.

Last year, over a 100 people died in Uttar Pradesh and neighbouring Uttarakhand leading to the arrest of over 130 people for selling and manufacturing illegal liquor.

Since 2011, over 175 people have died in eight adulterated tragedies across UP.