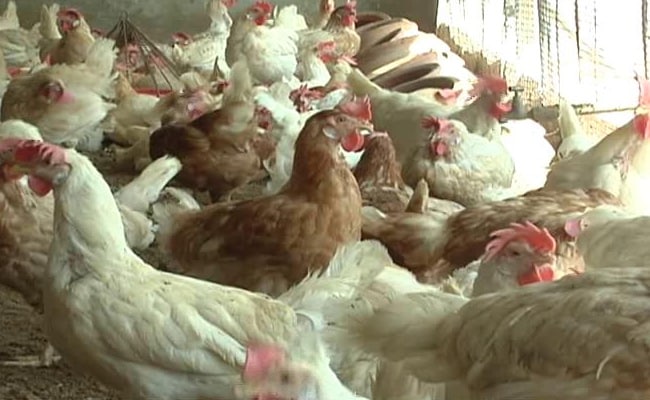 Maharashtra has so far not reported any cases of bird flu or avian influenza. (Representational)

As many as 900 hens have died at a poultry farm in Murumba village in Parbhani district of Maharashtra, a senior official said on Saturday.

Their samples have been sent for investigation to identify the exact cause of the death, Parbhani district collector Deepak Mulgikar told PTI.

“900 hens have died in two consecutive days in Murumba village in the Marathwada region. We have taken the samples of the dead birds for investigation,” he said.

He said the poultry farm where the death of birds was reported is run by a Self Help Group (SHG).

Prima facie, the death of hens could be related to nutrition, the collector said, adding that the test results are awaited.

Maharashtra has so far not reported any cases of bird flu or avian influenza.

On January 8, the centre said that bird flu has been confirmed so far in six states- Kerala, Rajasthan, Madhya Pradesh, Himachal Pradesh, Haryana and Gujarat.

In 2006, H5N1 virus outbreak was reported in Nandurbar and Dhule districts in north Maharashtra, which had affected thousands of birds.