Kiara Advani is making memories in the Maldives and how. The actress, who flew to the beach destination with rumoured boyfriend Sidharth Malhotra, added one more picture to her vacation album and it is simply pretty. However, on one of her Instagram stories, Kiara Advani wrote about being “alone” on her vacation and clicking a picture of herself. In her latest post, the actress can be seen wearing a red beach dress and posing in front of tropical trees. She paired her outfit with a grey shade headscarf. Sharing the pictures, Kiara Advani wrote nothing and just accompanied her post with a leaf icon.

On her Instagram stories, Kiara posted a boomerang featuring the actress riding a bicycle on the beach and immediately after that, she shared a video of herself with this caption: “When you are alone and you gotta take your own picture.” Check them out here: 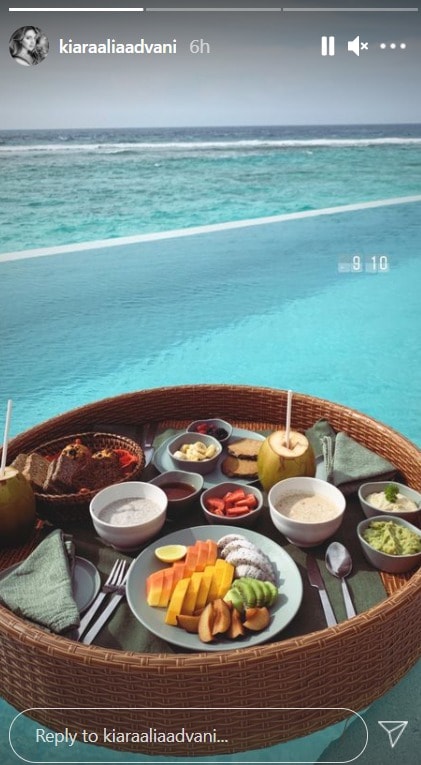 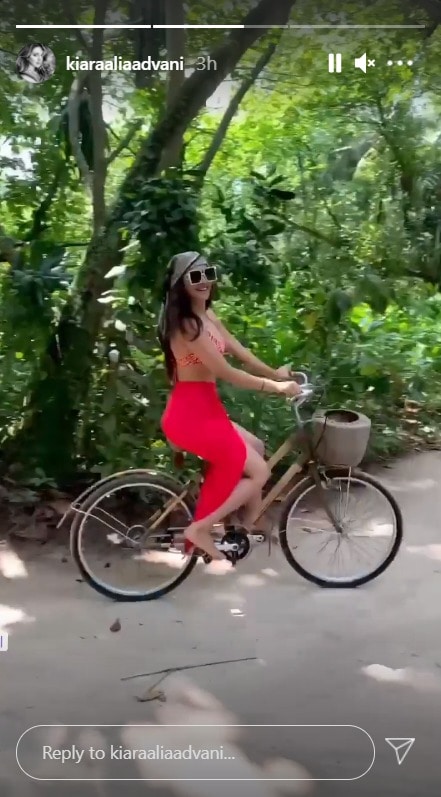 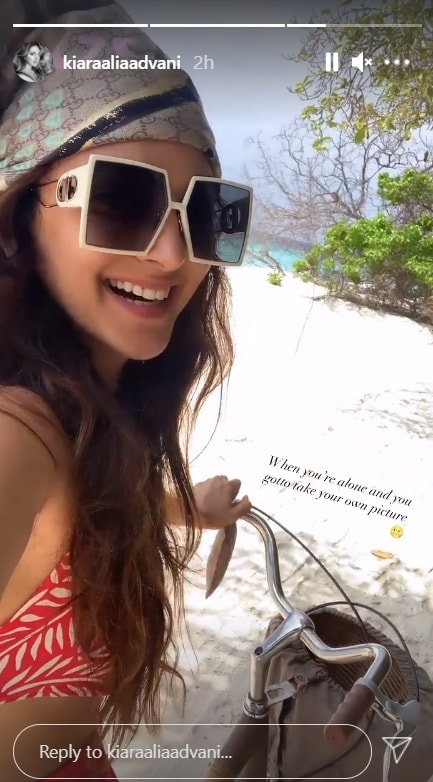 Kiara Advani, after reaching Maldives, posted a stunning picture of herself which she captioned: “Looking at you 2021.”

Kiara Advani and Sidharth Malhotra were photographed at the Mumbai airport on Wednesday, leaving for the Maldives.

The actor has also been filling up his vacation diaries with pictures similar to Kiara’s Maldives album. Take a look:

Kiara Advani and Sidharth Malhotra have reportedly been dating for quite some time now.

Kiara Advani made her debut in Bollywood with the 2014 film Fugly. However, her breakout film was 2016’s MS Dhoni: The Untold Story, in which she co-starred with late actor Sushant Singh Rajput. She has also featured in films like Bharat Ane Nenu, Vinaya Vidheya Rama, Machine, Good Newwz and Laxmmi, to name a few. She was last seen in Indoo Ki Jawani.