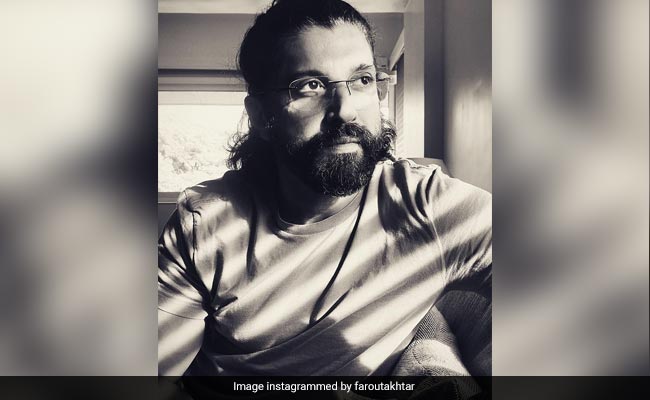 Arbaaz Khan’s new guest on his chat show Farhan Akhtar gave epic replies to his trolls with a smile on his face. On the chat show Pinch season 2, Arbaaz Khan read out comments from trolls. One of the trolls compared Farhan Akhatr’s voice to “thousand croaking frogs.” Farhan Akhtar laughed and said, “This is a part of my social service extension. I want people to stay and home and listen to me.” The actor-filmmaker-singer added, “I totally understand that my voice is not a conventional playback singer’s voice. There is a certain quality of work that is associated with playback singing. My skill level or tone is not in that vicinity. So I don’t sing for other people. I absolutely enjoy it, and I am not apologetic about it at all.”

In another segment of the episode, Farhan was addressed as a “flop hero” by a troll, who claimed that he has only had one hit, Bhaag Milkha Bhaag and that the film worked only because it was about late athlete Milkha Singh. Farhan’s reply to this was: “Iss flop hero ke zariye aapko Milkha ji ki kahani dekhne mil gayi, ussi se main khush hoon (I am just happy that you could see Milkha ji’s story through this flop actor).”

Farhan Akhtar, who stepped into Bollywood as a filmmaker, is best-known for directing movies like Dil Chahta Hai, the Don series, starring Shah Rukh Khan and Lakshya. He made his acting debut with Rock On!!. He is best-known for his performances in films like Bhaag Milkha Bhaag, Zindagi Na Milegi Dobara, Dil Dhadakne Do and The Sky Is Pink. He recently starred in the sports drama Toofaan.

Farhan Akhtar will soon return to direction with the film Jee Le Zaraa with Priyanka Chopra, Katrina Kaif and Alia Bhatt. The film will be written by Zoya Akhtar and Reema Kagti.