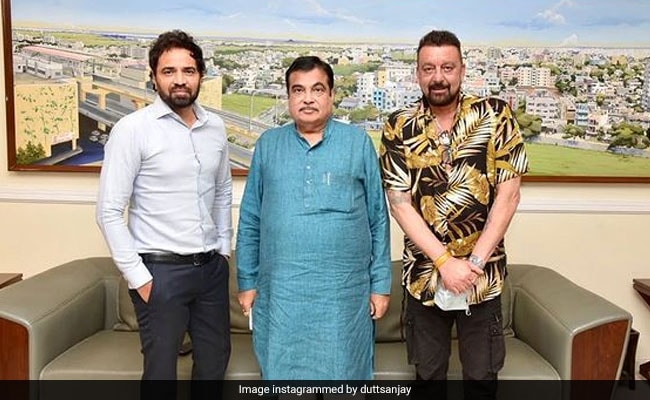 Taking to Instagram, Sanjay penned a note in praise of Mr Gadkari.

“I cannot express in enough words how grateful I am to have had you by my side for all these years. You have unconditionally supported me in every aspect of my life and I can say with certainty that I will forever remember it. @gadkari.nitin ji, thank you so much for everything you have done and continue to do for my wellbeing,” he wrote.

Alongside the note, Sanjay posted a photo of him sharing smiles with Mr Gadkari and producer Jay Patel.

“Jay Patel, thank you for being there for me at every step of my life and being a pillar of strength,” he added.

Meanwhile, on the work front, Sanjay will be seen in ”Shamshera”, co-starring Ranbir Kapoor and Vani Kapoor. He also has ”K.G.F Chapter 2” in his kitty.