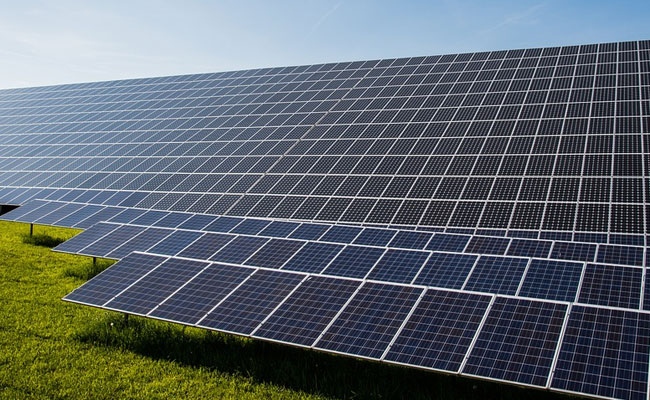 Adani Green Energy’s record $6 billion solar power project announced in June has no guaranteed customer, its deal with the country’s main solar-adoption agency shows, and may expose the company to higher financial risk.

Shares in the firm, controlled by billionaire Gautam Adani, have soared three-fold since the signing of the 8 gigawatt (GW) multi-plant deal, which Adani hailed as the “largest of its type, ever” and a landmark for India.

However, previously unreported details of the agreement between Adani Green and Solar Energy Corp of India Ltd (SECI) reveal the agency has no “legal or financial obligation” to support the project if SECI fails to find buyers.

This would be the first major SECI project without a state-guaranteed Power Purchase Agreement (PPA), which analysts say has been key to building up India’s renewable energy sector.

When SECI floated the tender for the project in June 2019, it had said a PPA would be assured, but it withdrew the clause guaranteeing purchase in the deal signed a year later.

“There shall not be any legal or financial implication to SECI in relation to such (unsold) quantum including associated quantum of manufacturing facilities,” the agreement, reviewed by Reuters, says.

Adani Green has said 2 GW of generation capacity will come on stream by 2022, while the rest will be added in annual 2GW increments through 2025 as a part of the contract.

There are no buyers lined up for the Adani project yet and it is unclear when SECI will be able to find buyers, a process that typically takes months.

Auctions by the SECI usually attract greater participation because of the assurance of power purchase and payments.

But the lack of such a guarantee could undermine investor and lender confidence, raising financing costs in a market like India where power demand growth has repeatedly fallen short of expectations amid a broader economic slowdown.

The quality of “federal government-guaranteed contracts with cashflow payment certainty provide investors the confidence to deploy tens of billions of dollars”, said Tim Buckley, director at the Institute of Energy Economics and Financial Analysis.

Adani Green has said it would receive interim funding for the project from a consortium of foreign banks, and later with money raised from the capital markets.

It has reassured investors of its ability to tap markets citing its sovereign grade rating.

It declined to comment on the project on Thursday.

“We have full visibility and we would be in a position to inform the market shortly,” the group’s chief financial officer, Jugeshinder Singh, said earlier this month.

Gautam Adani has said the project can make a profit at the power price of Rs 2.92 per kilowatt hour (kwh) agreed in the SECI tender. “At Rs 2.92, there is enough margin available plus we also have time of 3-5 years to implement this project,” he said in June.

The SECI tender for the project had dragged on for a year with the agency extending deadlines and raising the maximum bidding price to Rs 2.93/kwh from Rs 2.75 /kwh.

“SECI thought the final price agreed was on the higher side, and that’s why there was no purchase assurance,” an official familiar with the deal said on condition of anonymity due to sensitivity of the matter.

Since dropping the PPA with Adani, SECI has removed the clause from some other renewable energy tenders too.

SECI Managing Director J.N. Swain told Reuters on Wednesday potential buyers of power were consulted and “due processes” were followed during the auction and before signing the agreement with Adani.