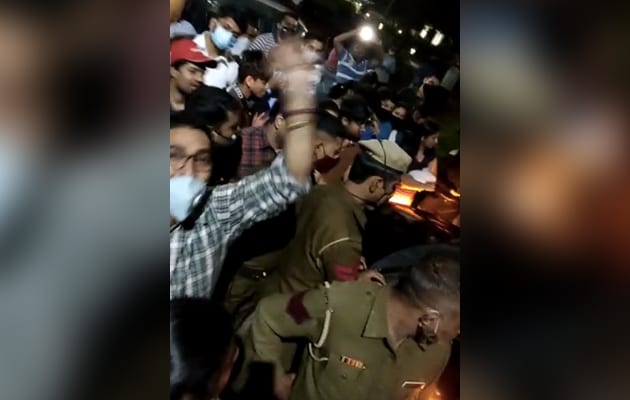 Residents of an apartment complex in Gurgaon came out in large numbers in protest against a family for feeding stray dogs. The residents said the dogs have bitten children and are a menace at the apartment complex.

Visuals of the incident show scores of residents picketing outside the family’s house and shouting slogans. A group of policemen has arrived. The protest took place at Sector 83’s G-21 apartment complex.

Residents of a society in Gurugram protesting against a family for feeding street dogs inside the society. They allege that dog bite incidents has increased in the society. Cops trying to control the situation. @ndtvpic.twitter.com/1gx35PGI2T

According to reports, the family that has been feeding the strays has been held hostage by the protesters, who are not allowing them to come out of their car.

The residents alleged the strays have bitten children several times and so they decided to protest.

It is common to see pet-lovers across cities and villages feed stray dogs and other animals, especially during peak summer and extreme cold seasons. People even make strays wear woollens in winter to protect them from the cold.