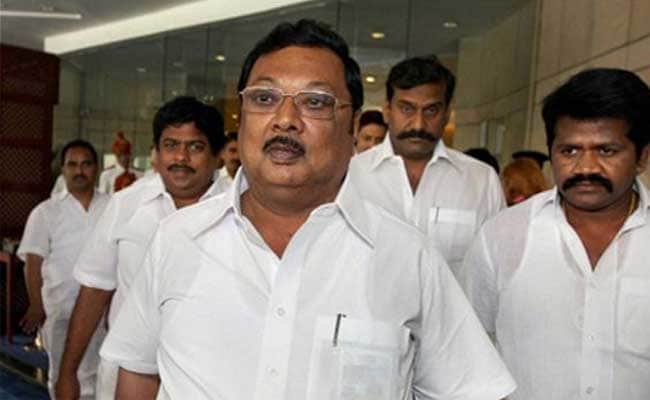 MK Alagiri — elder son of the late Tamil Nadu Chief Minister M Karunanidhi — is considering the idea of launching a political party, as his younger brother, DMK Chief MK Stalin, is aggressively strategising to be the Chief Minister. Assembly polls are due in the state next May.

Speaking to NDTV, Mr Alagiri said, “I am holding talks with my supporters. We are discussing if we have to launch our own party or should we just declare our support to a party”.

Regarding reports of his support for the BJP and that he could meet BJP leader Amit Shah during his scheduled visit to Chennai on November 21, Mr Alagiri issued a firm denial. “Those are cooked up stories. No one from the BJP has spoken to me. Why would the Home Minister meet me?” he said.

With Amit Shah expected to give his strategy to the state BJP to crack the politically elusive state during his visit to Tamil Nadu next week, a source in the BJP said, “Alagiri could meet Amit Shah. We can’t rule it out”.

A DMK source said they were “not perturbed” about the possibility. “Alagiri will have zero impact,” he added.

For around two decades, the DMK has witnessed sibling rivalry between the two sons of M Karunanidhi.

The then DMK chief had groomed his younger son MK Stalin as his political heir, taking him step by step through the posts of Chennai Mayor, MLA, a Minister and even the Deputy Chief Minister.

Within the party, Mr Stalin had headed the youth wing for years before becoming its Treasurer. Then as his health deteriorated, Karunanidhi made him the Executive President of the party.

The late DMK patriarch had his shifted elder son to Madurai to take charge of the party’s mouthpiece “Murasoli” and strengthen the party down south, which was earlier Mr Alagiri’s bastion.

Karunanidhi had put Mr Alagiri — known for his organisational skills and strong connect with the grassroot cadre — in charge of elections in southern districts and he had delivered victory.

He was also elevated as the Organisational Secretary for the south.

In 2009, Mr Alagiri was elected as MP of Madurai and made the Union Chemicals Minister in the Manmohan Singh cabinet.

But over the years, MK Stalin had placed his loyalists in districts and slowly took control of the party while MK Alagiri’s sway slipped. In 2016, the DMK had expelled Mr Alagiri, paving the way for Stalin’s ‘coronation’ in due course.

The BJP has little presence in Tamil Nadu. Its alliance with the ruling AIADMK has been under strain after the near rout in the 2019 Lok Sabha polls.

Superstar Rajinikanth, who the national party had banked on for tacit support, has indicated reluctance citing his health. The state government has also denied permission for BJP’s Vel Yatra citing the coronavirus situation.