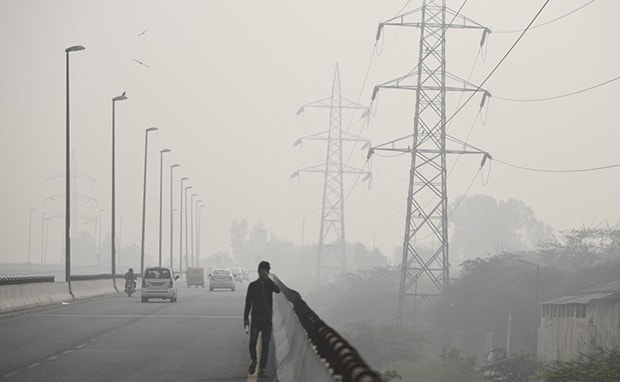 The average 24-hour AQI at 4 pm on Monday was 186 in Faridabad. (Representational)

After a spell of rain in NCR, air quality improved drastically in Noida, Greater Noida, Ghaziabad and Gurgaon to reach “poor” levels, while it reached “moderate” category in Faridabad on Monday, according to a government agency.

Concentration of major air pollutant PM 2.5 although remained in the five immediate neighbours of Delhi, even as PM 10 got washed off from the skies, according to the air quality index (AQI) maintained by the Central Pollution Control Board (CPCB).

Parts of NCR received light to moderate rains a day after Diwali, while according to the IMD, another western disturbance – the weather phenomenon that causes rains in the region – is expected around November 18-19, which will further hit the mercury due to snowfall on the northern mountainous states.

The AQI for each city is based on the average value of all stations there. Noida, Faridabad, Ghaziabad have four stations each, while Gurgaon has three and Greater Noida two, according to the app.