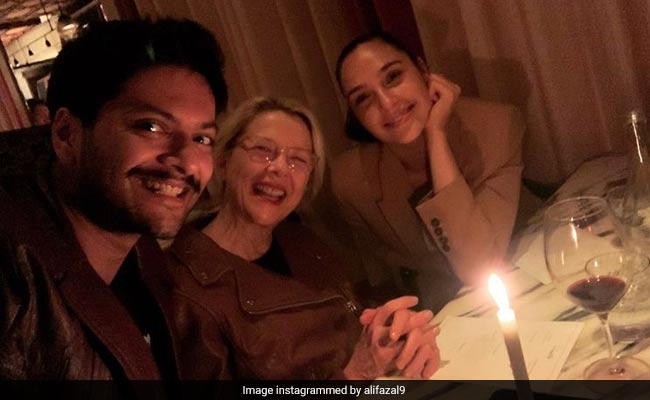 Ali Fazal found a spot on the trends’ list after his brief but adorable Twitter conversation with his Death On The Nile co-star Gal Gadot recently. On Thursday, Gal Gadot made the big announcement that her superhero movie Wonder Woman 1984 has finally locked Christmas for its much awaited release and will premiere both in theatres and HBO Max simultaneously. Wonder Woman 1984 was initially supposed to arrive in theatres in June but was postponed because of the pandemic. Cheering for Gal Gadot, Ali Fazal sent her best wishes for her much delayed film and wrote: “Best of luck, Gal. It’s going to be great. Everyone’s looking forward to this.” She responded with the red hearts, writing: “Thank you, miss you.”

Last year, Ali Fazal celebrated his birthday with Death On The Nile co-stars with Gal Gadot among them. “And the Birthday ended on a sweet and very co incidental plan manifested at this cute little place with some of my wonderful co actors Annette Bening and Gal Gadot,” wrote Ali.

Death On The Nile is an adaptation of Agatha Christie’s novel of the same name and is gripping mystery about a series of murders onboard a Nile cruise boat after a love triangle goes wrong. Death On The Nile is expected to release on December 18 this year.