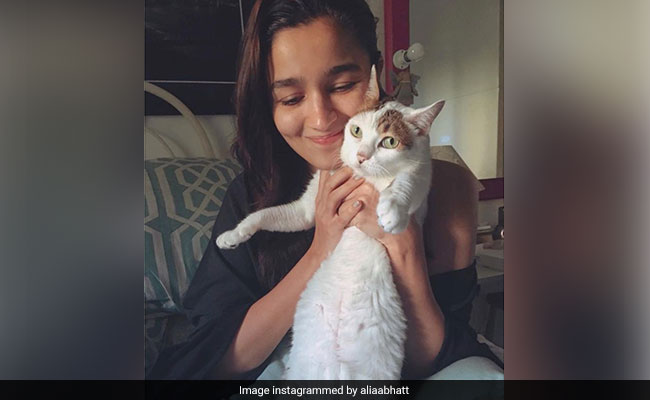 Alia Bhatt, on Friday, shared an emotional post for her pet cat Sheeba, who died recently. The actress is known for her love for cats. Alia, who has two more cats named Juniper and Edward, posted two pictures of herself and Sheeba and wrote: “Goodbye, my angel.” Alia Bhatt‘s mom, actress Soni Razdan, also paid attribute to Sheeba on Instagram. She wrote: “RIP, Sheeba. We named you after the Queen of Sheeba because from day one you had such a regal air. My mornings will never be the same again. Thank you for the abundance of love you blessed me with Sheebles. Will miss you so much.”

On Soni Razdan’s post, her family and friends expressed grief and offered condolences in the comments section. Pooja Bhatt, who is daughter of Mahesh Bhatt with his first wife Kiran, commented: “Oh no… Am so, so sorry to hear this Soni! How devastating.” Mahesh Bhatt and Soni Razdan are parents to Alia and Shaheen Bhatt. Riddhima Kapoor Sahni, whose brother, actor Ranbir Kapoor, is dating Alia Bhatt, wrote this in her comment: “Oh no aunty! So sorry to hear.”

Alia Bhatt has, in one of her previous posts, called herself “Mother Of Cat.” The actress often shares glimpses of her fun time with her pets. Just last November, she posted a picture of Edward and wrote: “My muse.” Alia and her sister Shaheen welcomed Juniper to the family in July last year.