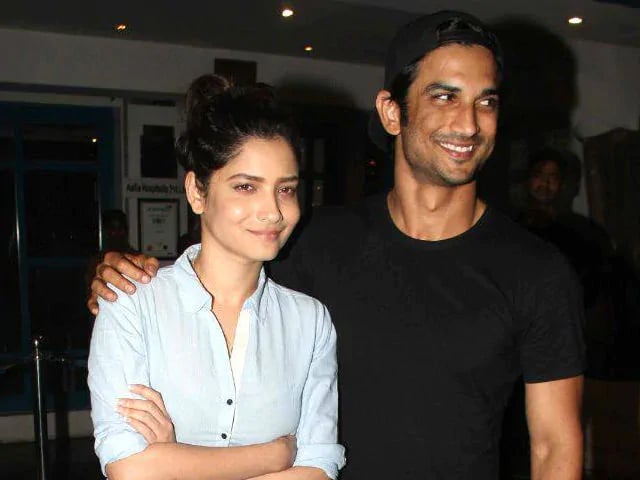 A file photo of Ankita Lokhande and Sushant Singh Rajput.

TV star Ankita Lokhande, who is all set to perform at the upcoming Zee Rishte Awards, recently shared a video from her rehearsal session on her Instagram profile. The actress, who co-starred with late actor Sushant Singh Rajput in the popular TV show Pavitra Rishta, and dated him for 6 years, will pay a tribute to him through a special dance performance. In the video, Ankita can be seen rehearsing with her choreographer to the song Taaron Ke Shehar. In her caption, Ankita wrote: “This time it’s very different and difficult to perform. From me to you. It’s painful.” She accompanied the post with the hashtags #sushantsinghrajput, #manavarchana, #zeerishteawards2020, #tribute and #pavitrarishta.”

A month after the Kai Po Che! actor’s death, Ankita Lokhande lit a diya in front of the shrine and wrote: “Child of God.” The Manikarnika actress visited Sushant’s family at his Mumbai residence a few days after his death on June 14.

Ahead of the release of Sushant Singh Rajput’s last film Dil Bechara, Ankita Lokhande shared the film’s motion poster and she wrote: “From Pavitra Rishta to Dil Bechara. One last time.”

Ankita Lokhande has featured in TV shows such as Ek Thhi Naayka, Shakti – Astitva Ke Ehsaas Ki among others. She was last seen in Baaghi, which starred Tiger Shroff, Shraddha Kapoor and Riteish Deshmukh in pivotal roles.