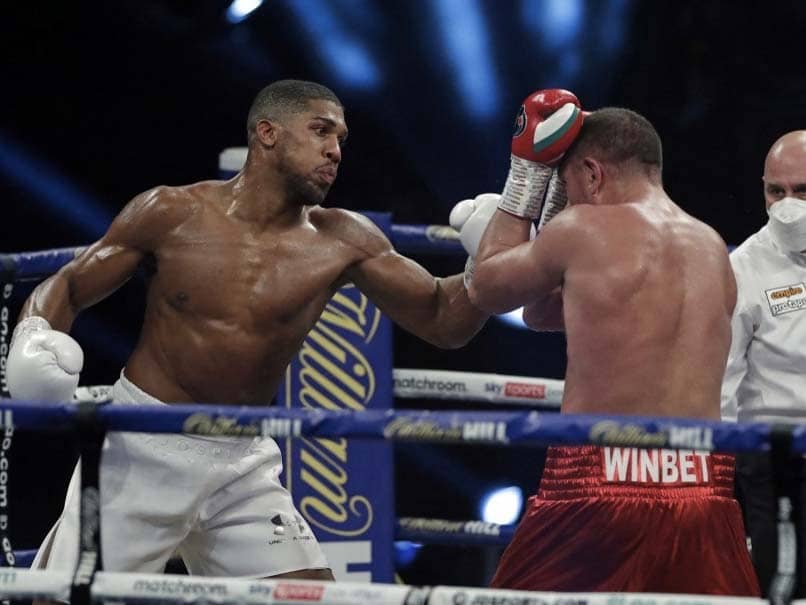 
Anthony Joshua and Tyson Fury have signed a deal for two all-British world heavyweight title unification fights, Joshua’s promoter Eddie Hearn said on Monday. Confirming the agreement, Hearn told ESPN: “The hard part is always getting everybody to put pen to paper. “But this was a major effort from all parties to get this over the line. You had rival promoters, rival networks and rival fighters.” Hearn said a venue for the fights, in which Joahua’s WBA, IBF and WBO titles and Fury’s WBC belt will be on the line, is set to be confirmed “within the next month”.

According to reports, Saudi Arabia, where Joshua won a rematch against Andy Ruiz Jr in December 2019, is the frontrunner to host both fights.

But Hearn told ESPN he “already had approaches from eight or nine sites” across the Middle East, Asia, Eastern Europe and America.

“We’d like to get a site deal confirmed in the next month,” he said.

Since avenging a shock defeat to Ruiz, Joshua has defended his WBA, IBF and WBO titles against Kubrat Pulev in London in December.

Fury has not fought for more than a year since defeating Deontay Wilder in February 2020 to claim the WBC title.