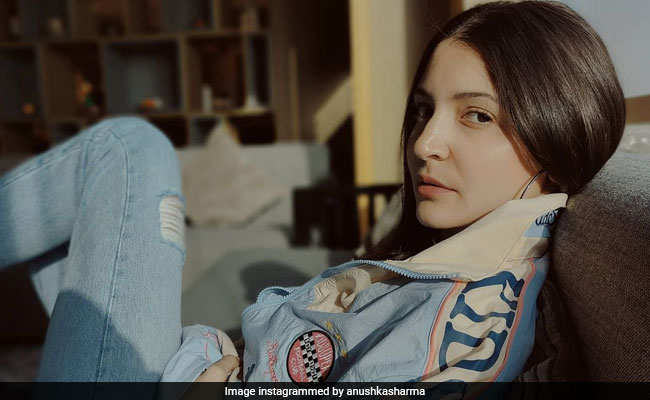 New mom Anushka Sharma, whose daughter recently turned two months old, treated her fans to a sun-kissed picture of herself on Sunday. The actress’ post lit up Instagram within minutes and we are not at all surprised. In the picture, Anushka Sharma can be seen sitting on what appears to a sofa and looking at the camera as sunlight falls on her face. She looks pretty in a blue jacket and denim jeans. Sharing the photo, Anushka Sharma wrote: “Light catcher.” Soon after the actress shared her picture, her fans flooded her post with comments such as “pretty” and “beautiful.” Many just dropped red heart and fiery icons in the comments section.

Anushka Sharma is married to cricketer Virat Kohli. On Thursday, the cricketer posted a beautiful picture of himself and Anushka Sharma making happy memories in their home. Take a look:

Virat also shared a heartwarming picture of Anushka and their baby daughter Vamika on Women’s Day and wrote: “Seeing the birth of a child is the most spine chilling, unbelievable and amazing experience a human being can have. After witnessing that, you understand the true strength and divinity of women and why God created life inside them. It’s because they are way stronger than us men. Happy Women’s Day to the most fiercely, compassionate and strong woman of my life and to the one who’s going to grow up to be like her mother. And also, a Happy Women’s Day to all the amazing women of the world.”

We just love this family photo of Anushka, Virat and baby Vamika:

Anushka and Virat dated for several years before marrying in a lavish ceremony in Italy in 2017.