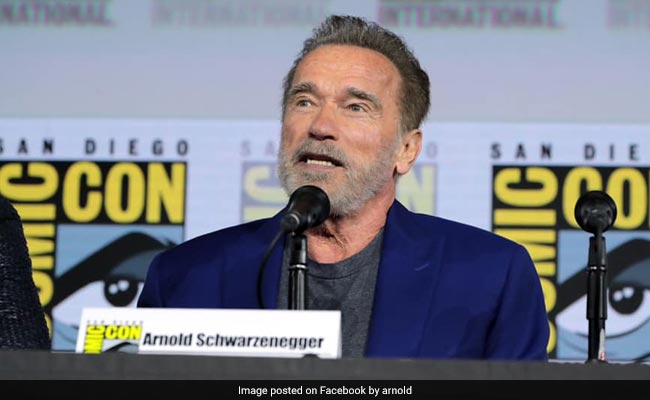 Former California governor Arnold Schwarzenegger appealed for unity Sunday after the violent attack on the US Capitol, which he described as an attempted coup by President Donald Trump, drawing comparisons to Nazi Germany.

In a video posted on Twitter that quickly went viral, the Hollywood star compared the attack by Trump supporters to Kristallnacht, or the “Night of Broken Glass,” when Nazis carried out pogroms in Germany in 1938 that included breaking the windows of Jewish-owned stores.

“Wednesday was the Day of Broken Glass right here in the United States,” said Schwarzenegger gravely, sitting at his desk between the US and California state flags.

“The broken glass was in the windows of the United States Capitol. Growing up, I was surrounded by broken men, drinking away their guilt over their participation in the most evil regime in history,” continued Schwarzenegger, who was born in Austria in 1947.

My message to my fellow Americans and friends around the world following this week’s attack on the Capitol. pic.twitter.com/blOy35LWJ5

“I have never shared this so publicly because it is a painful memory, but my father would come home drunk once or twice a week and he would scream and hit us and scare my mother.”

The actor, known for his roles in the “Terminator” franchise and “Conan the Barbarian,” did not explicitly say his father had been a Nazi, but said “my father and our neighbors were misled also with lies, and I know where such lies lead.”

“President Trump sought to overturn the results of an election and of a fair election. He sought a coup by misleading people with lies,” Schwarzenegger said.

“President Trump is a failed leader. He will go down in history as the worst president ever. The good thing is that he soon will be as irrelevant as an old tweet.

“And to those who think they can overturn the United States Constitution, know this: you will never win.”