At least 500 farmer organisations are part of the protest against newly-implemented farm laws.

Thousands of farmers continue to camp in and around Delhi as their protest against the centre’s contentious agricultural laws enters the fourth day. A meeting has been called this morning to hold discussions, a day after Home Minister Amit Shah reached out to protesters and assured them that the government was ready to “deliberate on every problem and demand of the farmers”.

Mr Singh, who is camping at the Singhu border near Outer Delhi’s Narela, added that apart from the farm laws, they also want withdrawal of Electricity Amendment Bill (2020). 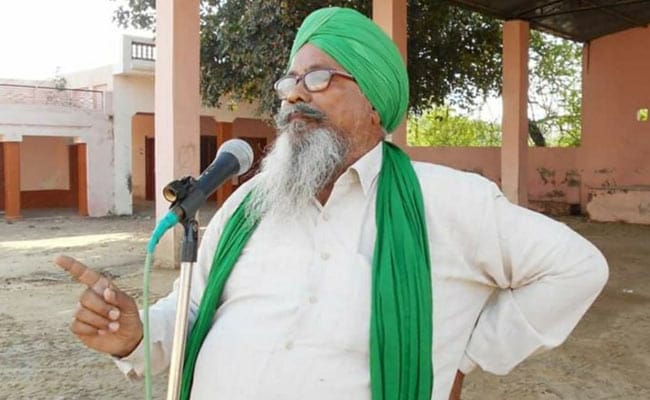 “We firmly know that the union government will not agree to all our demands. While getting the three farm laws revoked is our primary demand, we also want withdrawal of electricity amendment bill (2020). If government insists on farm laws, then we will push for legalising MSP for the purchase of every crop,” he said.

“The government is ready to deliberate on every problem and demand of the farmers,” Mr Shah said in a video message on Saturday.

Mr Shah said the centre will hold talks with the agitating farmers’ unions on December 3 and if they want to hold discussions before that, they will have to shift their protests at a government-designated venue.

“If farmers’ unions want to hold discussions before December 3 then, I want to assure you all, that as soon as you shift your protest to the structured place, the government will hold talks to address your concerns the very next day,” he was quoted as saying by news agency ANI.

The number of protesting farmers at Delhi’s border swelled further on Saturday as many more joined them from other states. Many of them have refused to move to ground being allocated to them near the capital’s outskirts to hold their protest.

“We will not move from here (Singhu Border) and continue our fight. Burari protest ground is more like a jail. Thousands of farmers have come from Punjab and Haryana to join the protest. We will not return home,” a farm leader told NDTV.

“Protests happen at Ramlila ground, then why should we go to Nirankari Bhawan, a private facility? We will stay put here today,” Bharatiya Kisan Union spokesperson Rakesh Tikait was quoted as saying by news agency ANI.

For nearly three months, the farmers have been up in arms against the farm laws, aimed at bringing reforms by doing away with middlemen and improving farmers’ earnings by allowing them to sell produce anywhere in the country. The farmers and opposition parties contend that the laws could lead to government stopping the system of buying grain at guaranteed prices, which would leave farmers at the mercy of corporates.