At 83, Ratan Tata Hopes To Pick Up This Skill “Once Again” – Unblendednews
Skip to content
Latest Stories 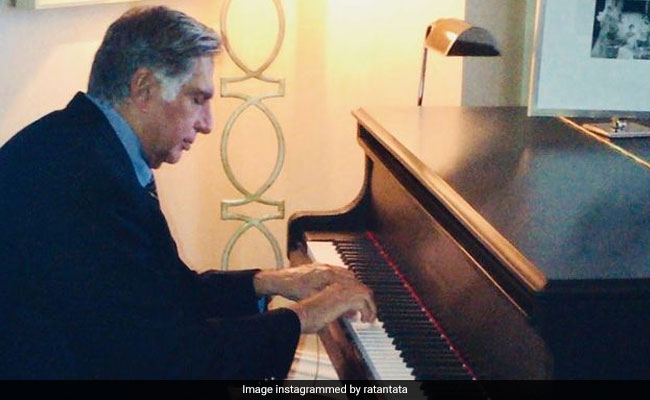 Ratan Tata shared an photo that shows him playing a piano.

Tata Group’s Chairman Emeritus Ratan Tata has surprised us with his hitherto unknown love for the piano. The 83-year-old has shared his journey with this musical instrument on Instagram. He revealed that he learned to play a bit of piano as a child and even took it up as a hobby again after his retirement, but could not devote to it the attention it needed. Still, Mr Tata says he hopes to try his hand at the piano “once again in the near future”.

The note starts with a walk down memory lane as he recollects, “I learnt a little bit of the piano as a young boy.” He snaps back to the present moment and adds, “I am still enamoured by the thought of learning to play well. After my retirement, I found a great piano teacher but was unable to give the attention that was needed to play with both hands. I hope to try once again in the near future.” The post shows Mr Tata trying his hands at the piano with the utmost attention.

The post has been liked by over 9 lakh users in less than 24 hours. It has also received over 9k comments. His fans are delighted to see Mr Tata nurturing his inner talents. One user wrote, “You are an inspiration, sir.” Some also called him a “legend.”

Red heart and fire emojis flooded the comments section. One user commented on Mr Tata’s urge to learn throughout his life. He wrote, “Always a learner.” This person expressed wonder at Mr Tata’s talents and said, “Is there anything you can’t do, sir?” Another wrote on similar lines, “Nothing is impossible for you, sir.”

Some were interested in his music skills. A person wrote, “Sir, I will definitely look forward to a video where you play the piano with both hands perfectly.” Another rested his faith in Mr Tata’s talent and compared him to the legendary maestro Ludwig van Beethoven. The comment read, “Sir, aap Beethoven ko sikha sakte ho (Sir, you can teach Beethoven too).”

What do you have to say about this?