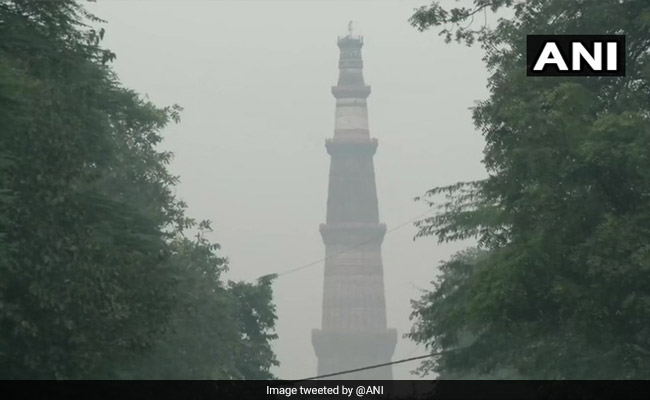 Delhi’s minimum temperature on Thursday was three notches below the normal.

Parts of northern India witnessed a dip in minimum temperatures on Thursday with the national capital recording its coldest morning this season, while the meteorological department predicted a further dip in mercury in the northwest parts of the country in the next couple of days.

Delhi’s air quality was recorded in the “poor” category while the minimum temperature dropped to 9.4 degrees Celsius on Thursday morning, the lowest this season so far, due to cold winds blowing from snow-capped western Himalayas.

The minimum temperature on Thursday was three notches below the normal. The city recorded a low of 10.6 degrees Celsius on Wednesday.

Kuldeep Srivastava, the head of the regional forecasting centre of IMD, had earlier said the month of November this year is expected to be the coldest in the last four to five years.

The IMD had earlier predicted a drop in the minimum temperature in Delhi as cold winds have started blowing from hilly regions, which have witnessed a fresh bout of snowfall.

The minimum temperature this month, barring on November 16, has remained 2-3 degree Celsius below normal in the absence of a cloud cover, according to IMD officials.

Government agencies have warned that the air quality might dip to “very poor” category on Friday and improve slightly on Saturday due to favourable surface wind speed.

In neighbouring Uttar Pradesh, light rains occurred at isolated places leading to a dip in temperatures in the state.

Day temperatures fell markedly in the Prayagraj division and were appreciably below normal in Jhansi and Agra divisions; below-normal in Ayodhya, Kanpur, Bareilly and Meerut divisions and normal in remaining divisions of the state, the meteorological division said.

Maximum temperatures hovered below normal limits in Haryana and Punjab, with Chandigarh, the common capital of the two states, recording a high of 22.5 degrees Celsius, four notches below the normal.

In Haryana, Ambala recorded a high of 24.4 degrees Celsius, down four notches against the normal, while Hisar’s maximum settled at 23.5 degrees Celsius.

Karnal registered a high of 23 degrees Celsius, down four notches against normal.

The minimum temperatures too hovered one to four degrees below the normal at most places in the two states on Thursday.

In the Kashmir Valley, overcast conditions led to a dip in temperatures with the meteorological department saying there was a possibility of rains or snowfall at a number of places in Jammu and Kashmir next week.

A number of places in the hill state of Himachal Pradesh shivered at sub-zero temperatures with Keylong, the administrative centre of the tribal district of Lahaul and Spiti, being the coldest place in the state recording a temperature of minus 2 degrees Celsius.

Several areas in Rajasthan too witnessed a dip in night temperatures with the meteorological department predicting a further fall in mercury on Friday.

The maximum day-time temperature in most parts of the state was recorded 28 degree Celsius or below.

According to the India Meteorological Department, minimum temperatures are very likely to fall gradually by two to four degrees Celsius over northwest India during the next three days and over central after a day.