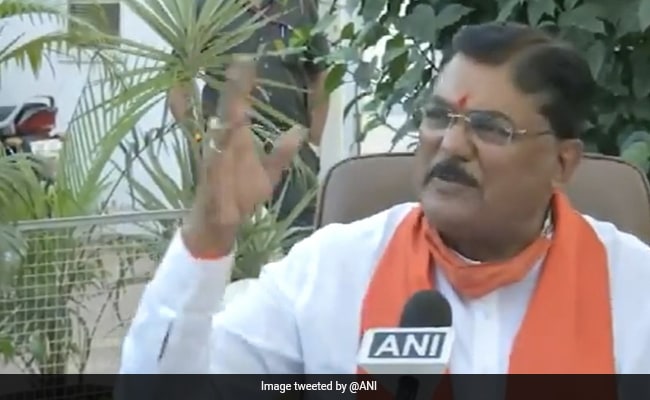 “The so-called awardees and intellectuals are not patriots,” Kamal Patel told reporters

A BJP leader and minister in Madhya Pradesh today said “those abusing mother India and dividing the country” were honoured with national awards, in a bizarre attempt to criticize winners who have been returning their awards in support of the farmers protesting near Delhi.

“Awards were returned earlier also. All these awardees, how did they get the awards? People who said ‘Bharat Mata ko gaali do (Abuse mother India)’ and ‘desh ke tukde karo (divide the country)’ – they get these awards,” he said.

#WATCH Awards were returned earlier also. How have they got the awards? ‘Bharat mata ko gali do’,’desh ke tukde karo’ get the awards. These so-called awardees and intellectuals are not patriots: Madhya Pradesh Agriculture Minister & BJP leader Kamal Patel pic.twitter.com/7FhJWBH4LV

Mr Patel went on to challenge farmer unions to question him on the farm laws at the core of their massive protest. “I am challenging all the farmer unions to come and question me and I will give them all the answers. They just want bills to be repealed — how can this happen? In this democracy, the people of India are the biggest power and these Bills have been passed by parliamentarians elected by the people,” he said.

Several sportsmen, artistes and even politicians from Punjab have returned their awards to express solidarity with farmers protesting against new laws that they fear will drastically cut their earnings and leave them at the mercy of big corporations.

The farmers want the laws scrapped and say nothing short of that will make them end the protest that has virtually blocked entry points to Delhi with thousands of protesters parked on highways.

The government, in a few rounds of talks with farmer bodies, has said it is ready to listen to any demand but will not repeal the laws.