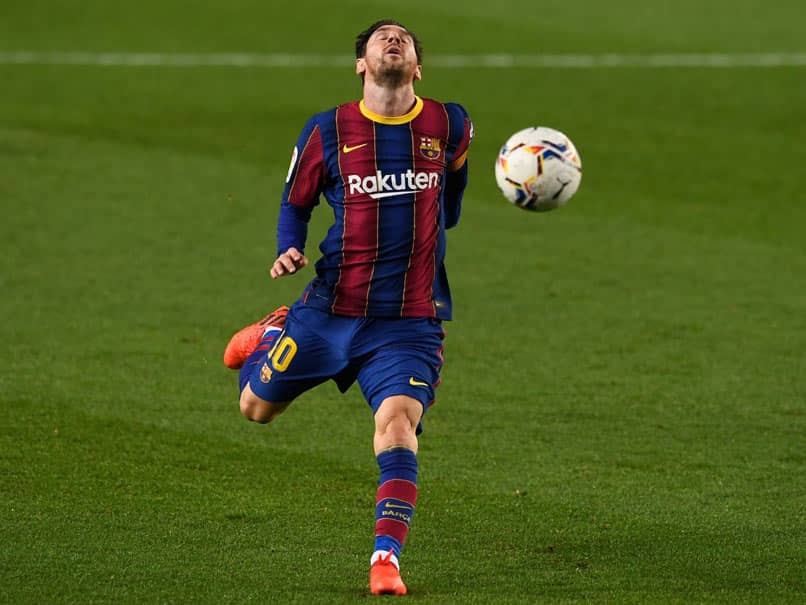 Barcelona’s salary cap for this season has been cut by almost 300 million euros.© AFP


Barcelona’s salary cap for this season has been cut by almost 300 million euros according to La Liga’s list of spending limits for Spanish clubs, announced on Tuesday.  The coronavirus pandemic has had huge economic effects on Spain’s top-flight teams, with Barca among those worst affected. Their wage cap for the 2020-21 season will be 382.7 million euros, down from 671.4 million euros last term, when they had the highest limit in La Liga.

Real Madrid will have the biggest budget this season although theirs has also been reduced from 641 million euros to 468.5 million euros.

Atletico Madrid have seen a decrease of 131.8 million euros to 252.7 million euros, which leaves Atletico with nearly half as much to spend as their city rivals Real.

La Liga’s 20 first division clubs will be able to spend a total of 2.33 billion euros on wages this season, which represents a drop of 610 million euros.

Salary allocations in Spain can be spent on players, coaches and academy players, with the aim to bring greater financial stability to the 42 teams in the top two divisions.

Barcelona is already negotiating another round of cuts for their players while Real Madrid may also begin negotiating a reduction in salaries, according to reports in Spain.

Both clubs have been heavily impacted by the pandemic, given their heavy reliance on matchday revenue, as well as income generated from museums and club shops.

Barcelona allowed Luis Suarez, Arturo Vidal and Ivan Rakitic to leave during the summer transfer window and were open to selling Ousmane Dembele. Real Madrid chose not to make a single new signing for the first time in 40 years.