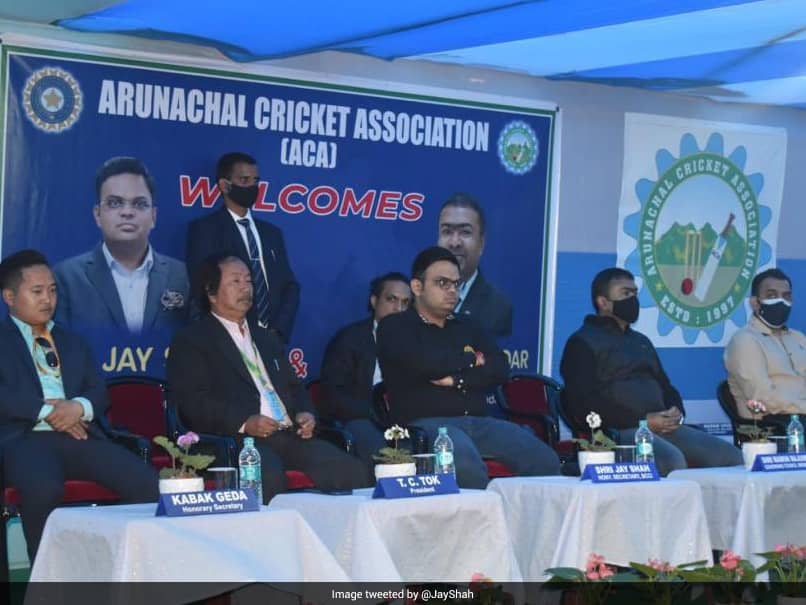 BCCI secretary Jay Shah tweeted pictures from his meeting with the CM of Arunachal Pradesh.© Twitter


Board of Control for Cricket in India (BCCI) secretary Jay Shah on Friday said that the BCCI will extend support to all the North-Eastern states for several facilities including capacity building and cricketing infrastructure. “Humbled and honoured to visit both Arunachal Pradesh and Sikkim. Assured all North-Eastern states of @BCCI’s support to enhance capacity building, cricketing infrastructure, NCA coaches and technical staff, training methodologies & medical facilities. We are in this together,” he tweeted.

On Monday, Rijiju had launched the Assam Rifles Public School (ARPS) in Shillong as a Khelo India Sports School. At present, nine Sports Schools have been approved across the country, out of which five are managed by Defence and Para-military forces.

In the North-East region, Assam Rifles Public School had become the first Sports School announced under the Khelo India scheme.

“It is a historic beginning of a journey for the Assam Rifles Public School and this Khelo India sports centre will be nurturing young boys and girls, who will, in the long run, bring medals from the Olympics,” Rijiju had said in a statement.