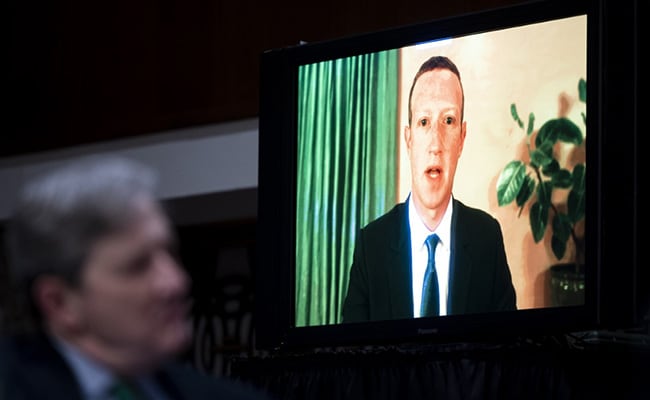 Facebook and Twitter defended their handling of US election misinformation at a heated congressional hearing Tuesday where one key senator assailed the platforms for being the “ultimate editor” of political news.

The hearing, the second in less than a month, came with social media under fire from both the left and the right for their handling of political content during a bitter US presidential campaign.

Facebook chief Mark Zuckerberg and Twitter CEO Jack Dorsey testified remotely to the session, which was called to discuss “censorship and suppression of news articles” and the “handling of the 2020 election” by the platforms.

Republican Senator Lindsey Graham, chairing the Judiciary Committee hearing, warned the CEOs that new regulations are needed to ensure the social media giants are held responsible for decisions on removing, filtering or allowing content to remain.

“It seems like you’re the ultimate editor,” Graham said at the opening as he took aim at decisions by both platforms to limit the distribution of a New York Post article claiming to expose malfeasance involving the son of President-elect Joe Biden during the campaign.

“When you have companies that have the power of governments (and) have far more power than traditional media outlets, something has to give.”

Graham said the law known as Section 230 that gives immunity to online services for content posted by others “needs to be changed.”

Megaphone for falsehoods
Democratic Senator Richard Blumenthal also called for reform of Section 230 while rebuking the companies for what he said was inadequate action against political misinformation by President Donald Trump.

“The president has used this megaphone to spread vicious falsehoods in an apparent attempt to overturn the will of voters,” Blumenthal said.

Blumenthal said the social media firms had “power far exceeding the robber barons of the last Gilded Age” and have “profited hugely by strip mining data about our private lives and promoting hate speech and voter suppression.”

Republican Senator Mike Lee meanwhile denounced what he called “instances in which your platforms are taking a very distinctively partisan approach and not a neutral one to election related content moderation… just days before the election.” 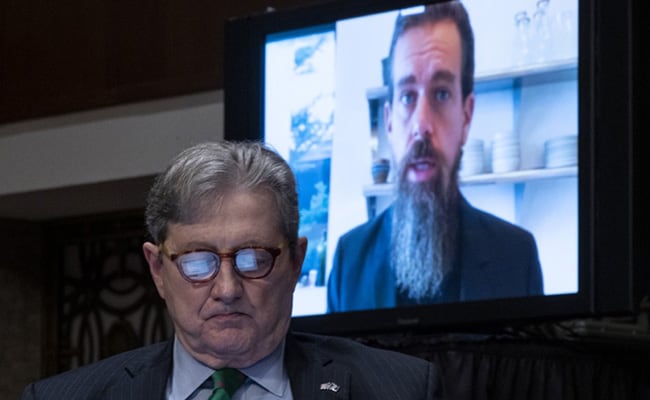 From the other side, Blumenthal said that “Facebook, seems to have a record of making accommodations and caving to conservative pressure” on content policies.

Democrat Dianne Feinstein questioned the adequacy of Twitter’s labeling of unverified tweets such as those of Trump claiming an election victory.

“Does that label do enough to prevent the tweets harms when the tweet is still visible and is not accurate?” the California senator asked.

230 rules
Both Dorsey and Zuckerberg said they were open to reform on Section 230 but cautioned that the platforms should not be treated as “publishers” or traditional media.

“We do have to be very careful and thoughtful about changes.. because going one direction might box out new competitors and new startups,” Dorsey said.

“Going another might create a demand for the possible amount of resources to handle it. Going yet another might encourage even more blocking of voices… I believe that we can build upon (Section) 230.”

Defending the filters
Both CEOs defended their efforts to curb harmful misinformation during the election campaign.

“We strengthened our enforcement against militias, conspiracy networks, and other groups to help prevent them from using our platform to organize violence or civil unrest in the period after the election,” Zuckerberg said.

He said Facebook removed false claims about polling conditions and displayed warnings on more than 150 million pieces of content flagged by independent fact-checkers.

Both CEOs said they would study the spread of election misinformation while allowing independent academics to carry out similar research.

Dorsey meanwhile said filtering at Twitter was not a result of bias, despite claims to the contrary by conservatives.

In filtering content, “all decisions are made without using political viewpoints, party affiliation, or political ideology,” Dorsey said in his testimony.

Both platforms have begun limiting the reach of many of Trump’s tweets, notably those in which the president rejected his election defeat or questioned the integrity of the voting process.

Twitter and Facebook have been facing pressure to remove what many see as harmful misinformation around the elections, while also fighting claims of suppression of certain political views.