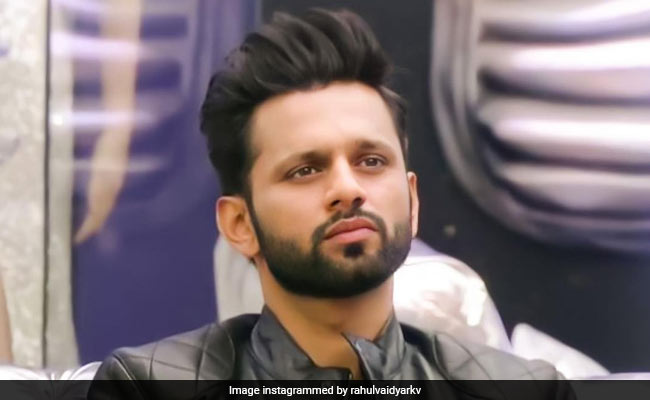 Bigg Boss 14: Rahul Vaidya in a still from the show. (courtesy rahulvaidyarkv)

In a shocking turn of events, singer Rahul Vaidya walked out of the Bigg Boss house on Sunday’s episode of Weekend Ka Vaar hosted by Salman Khan. Rahul stated that he was feeling “homesick” and said, “I haven’t spent a day without my family in my entire life and I am mentally strong but not without family. I do not agree that I did not perform because of lack of interest. I mean this straight from the heart, I want to leave because I do not want some deserving candidate to leave.” Rahul apologised to his fans, the makers of the show as well as the host Salman Khan and added, “I am sorry if I am upsetting my fans but this I do not think I can stay here without my family. Another thing is that I do not have any strong bond with anyone, someone with whom I can share my feelings. I find it worthless staying in a situation like this.”

Salman Khan asked Rahul Vaidya several times if his decision to leave the show was final and said, “It is useless for you to stay in the house if you won’t contribute to the show whole-heartedly.” He added, “We gave you the offer and you accepted it. Fine. You saved whoever was to be voted out of the show because of the lack of enthusiasm and interest towards the show that you have shown. You will be the first one to exit the Bigg Boss house in the history of this show because you are homesick.” Salman Khan also told Rahul that he wasn’t voted out by the audiences and was one of the finalists till he announced his decision to quit the show.

Rahul Vaidya’s journey in the house was an eventful one. After a major fight with Jasmin Bhasin during a task, he called veteran singer Kumar Sanu’s son Jaan Kumar Sanu a product of  “nepotism.”  While nominating Jaan during an episode, Rahul Vaidya said, “I would like to nominate Jaan Kumar Sanu because I hate nepotism. Whoever has come on the show, they’ve come on the basis of their hard work. Jaan is on the show because he’s someone’s son.” However, he later apologised for his statement.

During the show, Rahul Vaidya also proposed to actress Disha Parmar on national television. Calling her the “most beautiful girl” he has ever met, Rahul proposed to her. The singer said that he has never been more “nervous” and added that he doesn’t know what took him so long to ask.