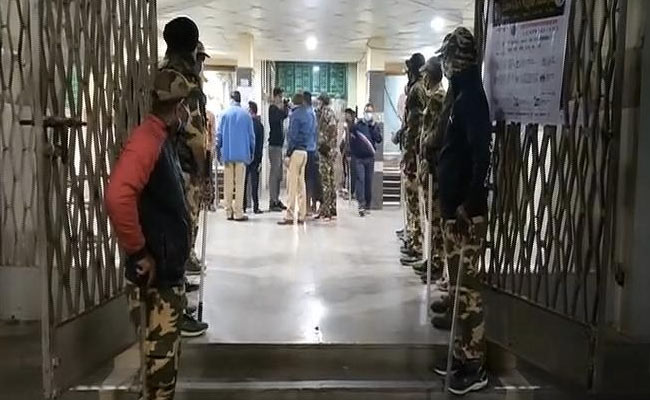 Ten babies died after a fire broke out at a district hospital in Maharashtra. (File)

The Bharatiya Janata Party (BJP) has called for a bandh in Bhandara district of Maharashtra today over the death of ten newborn babies in a fire at the district hospital, a party MP said on Sunday.

BJP MP from Bhandara, Sunil Mendhe, said the party wanted either a judicial inquiry or a probe by a retired judge into Saturday’s incident.

“We also want a compensation of Rs 10 lakh to the bereaved families,” he said.

Ten babies died after the fire broke out on Saturday at the Special Newborn Care Unit of the four-storeyed district hospital in Maharashtra’s Bhandara district town, about 900 km from Mumbai.

Referring to Maharashtra Chief Minister Uddhav Thackeray’s visit to the hospital earlier in the day, the MP said they had expected that he would immediately suspend the civil surgeon, doctors and other staff and order a detailed inquiry, but nothing happened.

“The BJP has taken a decision to call a bandh in Bhandara on Monday to draw the attention of the government,” he said.