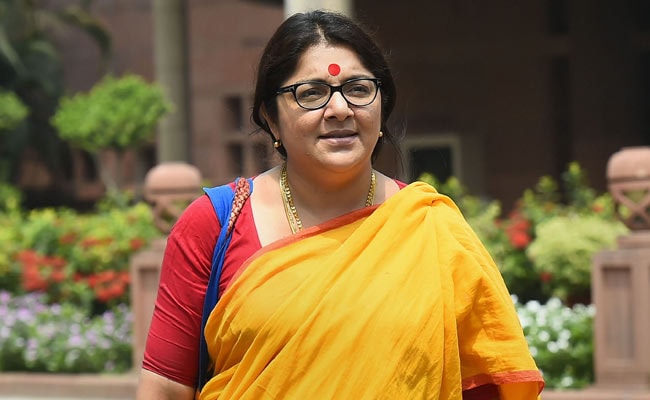 BJP MP Locket Chatterjee on Saturday visited the residence of TMC’s Lok Sabha member Sisir Adhikari, who is also the father of political heavyweight and the saffron party’s Nandigram candidate Suvendu Adhikari, raising speculation that the veteran leader might switch camp ahead of the Bengal assembly polls.

Ms Chatterjee, who had lunch at the Adhikari residence at Contai, stressed that it was “courtesy call”, and Sisir Adhikari’s political move was not discussed during the meeting, even as political corridors went abuzz with murmurs that the TMC MP might join the BJP camp during Prime Minister Narendra Modi’s visit to the state later this month.

“It was a courtesy lunch. Sisir da is a senior politician and the Adhikari family is synonymous with Medinipur (of which Nandigram is a part). He had once praised my Lok Sabha speech. We share good rapport. He requested me to visit him again,” the BJP leader said.

She, however, clarified that the BJP would welcome the TMC MP with open arms if he decides to join the party.

Sisir Adhikari, on his part, told reporters that two of his sons are BJP members, and “Locket visiting his residence should not surprise anyone. Why should anyone have their eyebrows raised when a leader makes a courtesy visit?”

Veteran TMC leader Sougata Roy, when approached, said “Sisirda has largely remained inactive in the recent times…We will urge him not to join the ”dal badal” (party changing) game, given his advanced age and ailments.”

BJP spokesperson Shamik Bhattacharya claimed that all of Purba Medinipur wants the Adhikari family patriarch to join the BJP.

Notably, Suvendu Adhikari and his brother Soumendu Adhikari, who also joined the BJP two months ago, were not at home during the BJP MP’s visit to their residence.

Their other brother, Dibyendu — also a TMC MP – was present at the lunch meet.