Bullet Train Project: Sabarmati Terminal To Be The Only Station With Multimodal Transit Hub – Unblendednews
Skip to content
Business 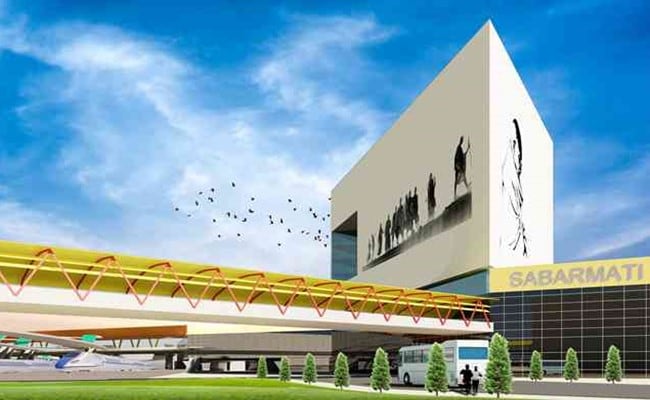 Mumbai Ahmedabad Bullet Train Project: The 508 km-long Mumbai-Ahmedabad bullet train project, developed by the National High-Speed Rail Corporation Limited (NHSRCL) will cover 12 stations along its route, once completely executed. However, out of all the bullet train stations, the Sabarmati Terminal in Ahmedabad, Gujarat will be the only one to have a multimodal transit hub with connectivity to bus transit points, Indian Railways, and the metro station as well. This is because the Sabarmati station has been selected to be redeveloped on the basis of the Public-Private Partnership (PPP) model by the Indian Railway Stations Development Corporation Limited (IRSDC).

#DidYouKnow of all the Bullet Train stations along the Mumbai-Ahmedabad High Speed project, the Sabarmati terminal will be the only one which have multimodal transport hub with connectivity to railways, metro & bus transit point. #BulletTrainIndia#HSR#BulletTrainAndProgresspic.twitter.com/6tdPWHseDS

According to IRSDC, The Sabarmati station has been proposed to be redeveloped at a cost of Rs 125 crore, while the proposed site area of development is 19,55,500 square meters. For the multimodal transit hub, the redeveloped station area will have access to metro stations, bus transit point, and railways. The hub is being planned with passenger-friendly facilities such as retail shops, high-quality waiting rooms, food and beverage stalls, and entertainment avenues.

Meanwhile, the NHSRCL recently awarded the letter of agreement (LoA) for the C6 package of the bullet train project to the infrastructure major Larsen & Toubro (L&T). The mega-contract is worth over Rs 7000 crore and the company will construct the 87.569 km stretch between Vadodara and Ahmedabad, as well as the Anand/Nadiad Station.