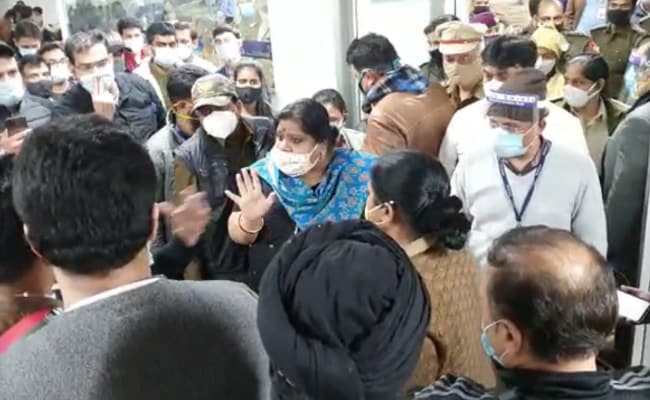 Around midnight Friday a tense 34-second video emerged from Delhi’s Indira Gandhi airport – where nearly 250 passengers from the United Kingdom have been held since their flight landed at 10.30 am – amid fury over what they say is confusion created by last-minute changes to Covid testing and isolation rules.

It also requires passengers, some of whom took to Twitter to point out that they were travelling with infants, to undergo additional RT-PCR tests (they had already been tested prior to boarding in London) and be prepared to spend up to 10 hours inside the airport.

The video that emerged Friday night showed a crowd of angry passengers gathered around a desk staffed by police and airport officials. Over the shouting and screaming born of frustration a man’s voice can be heard: “We cannot take this bullshit anymore”.

Another passenger – a woman – can be heard saying: “I want (unclear) right now”.

A third voice – another man – can be heard saying: “She is just one-year-old (referring to his child). She cannot take this anymore”. 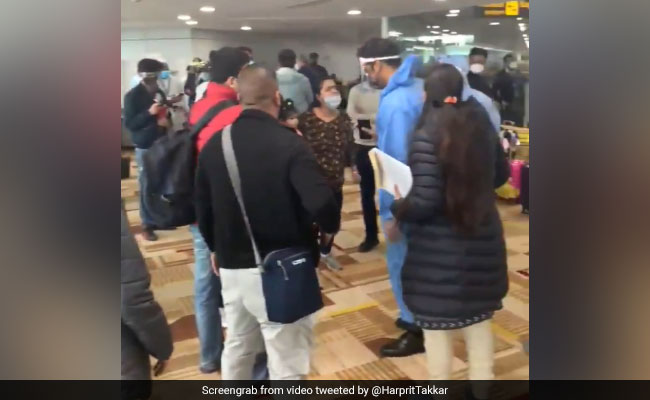 The notification that caused the confusion was issued after a Thursday appeal by Mr Kejriwal – asking the centre to extend the ban on flights (enforced over fears of the new mutant strain spreading) from the UK till January 31 – failed.

Passengers say they were not told of the changes, but Air India tweeted to say pre-flight announcements were made, and that 20 people dropped out because of the changed guidelines.

#FlyAI :The Govt of NCT of Delhi mandated additional measures in its latest guidelines for passengers arriving from UK. “All travellers coming from United Kingdom (UK) to India from 08.01.21 would be mandatorily subjected to self paid RTPCR tests on arrival at the airport.(1/6) pic.twitter.com/JpE5T3e8qg

Covid test results on the passengers and crew of the flight that landed Friday morning – the first since the ban was lifted – confirmed that 222 were negative for the virus.

The results of 32 others are still awaited. Two people have tested positive, although gene sequencing is needed to confirm if they are infected by the UK strain.

The total number of active Covid cases in the national capital is around 4,200. So far over a dozen of these have tested positive for the UK variant.

Across India the number of active cases stood at 2.25 lakh on Friday morning, of which around 82 were of the UK variant of the virus.

The centre suspended flight services between the UK and India on December 23. India has lifted the ban but major European countries – like France, Spain and Germany – have not.