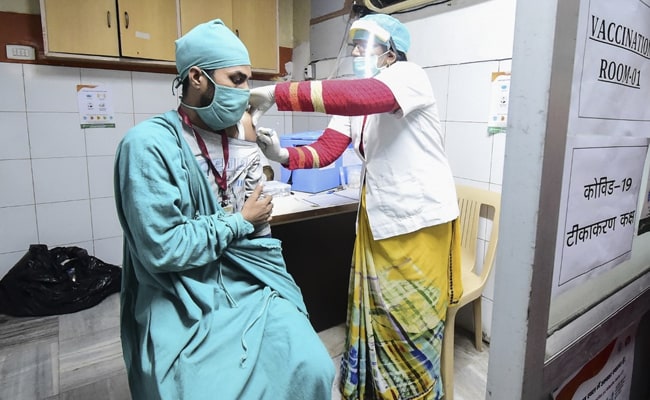 Prime Minister Narendra Modi announced on Monday that the central government will bear the expenses of vaccinating nearly three crore healthcare and frontline workers in the first round and suggested that public representatives, a reference to politicians, should not be part of this initial exercise.

Interacting with chief ministers, PM Modi underscored the enormity of what he described as the world’s biggest vaccination exercise, which begins from January 16, saying over 30 crore citizens will get the jabs in the next few months in India against only 2.5 crore people who have received them in over 50 countries in around a month so far.

The two already approved made-in-India COVID-19 vaccines are more cost-effective than any other in the world and have been developed as per the country’s needs, he said in his remarks in the meeting called to discuss the COVID-19 situation and the vaccination rollout.

Besides the two vaccines — Covishield developed by Oxford and British-Swedish company AstraZeneca and manufactured by Serum Institute of India, and Bharat Biotech’s Covaxin, four others are being developed, PM Modi said, asserting that India’s fight against the pandemic will enter a decisive stage with the vaccination roll-out.

More vaccines may be available when the exercise moves into the second round, he added.

The Prime Minister also sought to dispel concerns expressed by some opposition leaders and experts over the approval given to Covaxin without the availability of efficacy data, asserting that scientists have taken all precautions to provide citizens with effective vaccines.

The Prime Minister said he has been maintaining from the beginning that the scientific community will have the final word on the issue.

India’s drug regulator has given approval to Covishield and Covaxin for the emergency use authorisation. It is a matter of pride that both the vaccines are ”made in India”, he said, adding that it can be imagined how much hardship India would have faced if it had to depend on foreign vaccines.

Noting that the first round of vaccination is meant for healthcare and frontline workers, he said, “This is my personal suggestion and no one should take it otherwise. We public representatives are not part of it.”

In some countries, including the US and Israel, leading public figures have taken the jabs while top functionaries in a few others have chosen to follow the standard protocol and wait for their turn.

Talking about the COVID-19 situation in India, PM Modi said the country is in a much better place than many others in terms of the pandemic’s spread, and added that this is a matter of happiness but should not induce carelessness.