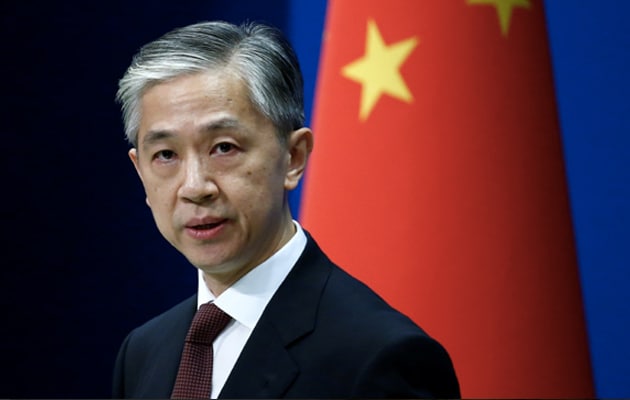 China on Friday expressed support to Sri Lanka at the UNHRC as it faced a resolution expressing serious concern over the rights situation in the island nation, saying Beijing was opposed to the use of human rights issues to interfere in the internal affairs of other countries.

China’s support came three days after Sri Lanka’s Foreign Minister Dinesh Gunawardena on February 24 made a fervent appeal to the member states of the UN Human Rights Council (UNHRC) to reject resolution on the island nation’s human rights accountability and reconciliation, terming it a “pure political move” against the country.

Addressing a UNHRC session virtually on Tuesday, Mr Gunawardena urged that the resolution be rejected by the Council and brought to a closure.

Mr Gunawardena’s remarks followed the country’s rejection of the UN rights Commissioner Michelle Bachelet’s report which had called for drastic measures such as targeted sanctions and international criminal court procedure against those allegedly responsible for rights violations during the last phase of the armed conflict with the Liberation Tigers of Tamil Eelam (LTTE) in 2009.

Ms Bachelet said the report indicated that nearly 12 years after the end of the armed conflict, domestic initiatives had repeatedly failed to ensure justice for victims and promote reconciliation.

Despite commitments made in 2015, the current Government, like its predecessor, had failed to pursue genuine accountability processes, she said.

The previous Sri Lankan government, headed by the Sri Lanka Freedom Party, had co-sponsored the resolution in 2013, calling for accountability in alleged war crimes committed by the government forces and the LTTE during the final phase of the near-three-decade-long civil war in May 2009.

The current government, led by Sri Lanka Podujana Peramuna party, has officially withdrawn from the resolution.

Asked for his reaction to the criticism by several countries against Sri Lanka’s rights record, Chinese Foreign Ministry spokesman Wang Wenbin said: “We appreciate the (Sri Lankan) government’s efforts to promote human rights and economic and social development, to protect vulnerable groups and advance national reconciliation and fight against terrorism.”

“We are against politicising human rights and applying double standards or using it to interfere in other countries affairs”, he said.

Mr Wang also said that countries should abide by the purposes and principles of the UN Charter, respect a country’s sovereignty and political independence, their efforts to protect human rights and stop interference and political pressure.

China, which was elected to the 47 member UNHRC last year along with Pakistan is itself facing allegations of genocide against Muslim Uyghur in Xinjiang.

Chinese Foreign Minister Wang Yi addressing the UNHRC on February 23 rejected claims of genocide or oppression in the Xinjiang and said China would welcome the UN human rights chief to visit the region.

“There have never been anything like genocide, forced labour and religious oppression. These sensational claims are rooted in ignorance, prejudice and purely slanderous political hype,” Mr Wang said.

Human rights groups and UN rights experts have maintained that there are at least one million Muslims of ethnic minority background being arbitrarily held in massive internment camps, the Hong Kong based South China Morning Post reported.

China has denied the claims, saying it was instead taking measures to combat extremism and provide vocational training.