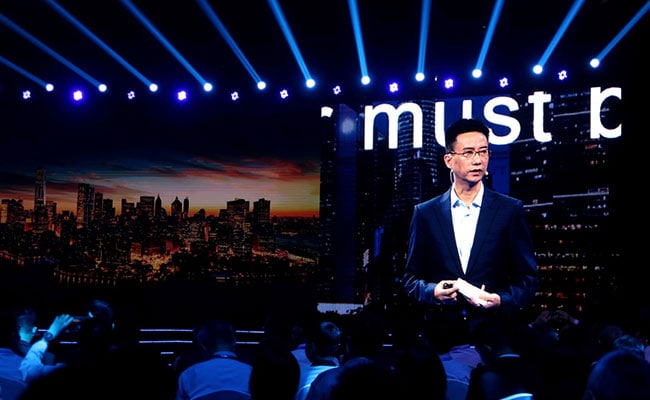 Simon Hu, CEO of Ant Group, is seen on a giant screen as he delivers a speech.

China’s Ant Group Chief Executive Officer Simon Hu has stepped down from his role, the company said on Friday, as the fintech giant is being pushed by regulators to revamp operations after its failed $37 billion initial public offering (IPO).

Hu, who was named the chief executive of the Alibaba Group Holding in 2019, will be replaced by company veteran and Executive Chairman Eric Jing, the financial technology giant said.

Jing will continue in his current role as chairman, he said in an internal memo seen by Reuters.

“The Ant Group Board of Directors has accepted Mr. Simon Hu’s resignation request, due to personal reasons,” Ant said in a statement.

Hu’s exit from the company comes as Ant is working on plans to shift to a financial holding company structure following intense regulatory pressure to subject them to rules and capital requirements similar to those for banks.

That pressure scuppered Ant’s IPO last year, which would have been the world’s largest, and has seen it formulate plans to shift to a financial holding company structure.

The change in management also comes days after some Ant staff expressed frustration on social media for not being able to sell the company shares they own after Chinese regulators abruptly halted the company’s market debut.

Jing told Ant employees that the company would review its staff incentive programmes and roll out some measures starting from April to help solve their financial problems, according to two people who have seen the messages.