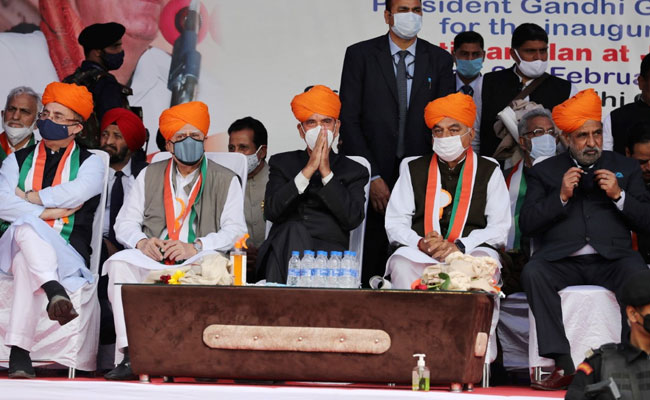 Congress leader Sandeep Dikshit has taken potshots at his party for not including ”infamous” G-23 in the party’s star campaigners list for ensuing West Bengal and Assam Assembly elections, saying if the high command thinks that 30 leaders selected for campaigning are enough to win the polls ”then it’s good, what’s the need for other leaders”.

“It’s up to the high command to include leaders in the list. If they think that 30 leaders included in the star campaigners list can make a difference then it’s good. If the party thinks that these 30 leaders are enough to campaign and win elections then why any other leader is needed for the campaign,” said Sandeep Dikshit when asked why senior leaders like Gulam Nabi Azad, Anand Sharma, Kapil Sibbal, and Manish Tiwari were not included in Congress’ star campaigner list for West Bengal polls.

He said that initially when these dissenters i.e. G-23 group of Congress leaders were rallying in Jammu on February 28, they were lectured by the family loyalists to campaign in poll-bound states but now their names have not been included in the campaigners’ list.

“If the high command has decided that these leaders (whose names are in the campaigner list) are capable of campaigning then why any other senior leader should be included in the list.”Prominent G-23 members including Ghulam Nabi Azad, Anand Sharma, Kapil Sibal, and Manish Tewari have not been included in the Congress list of star campaigners for West Bengal assembly elections.

After the Jammu rally, Gulam Nabi Azad had told ANI that if the party asks him to campaign during the polls, he will campaign for the party and for the individual candidates who will invite him.

However, by not including the name of the G-23 leaders and adding names of other party leaders, Congress has indirectly given a message to them. The dissenters have said that Congress is “weakening” and they are raising their voice for the betterment of the party.

A senior Congress leader who addressed the ”Gandhi Global Family Program”, on condition of anonymity, told ANI, “We raised concerns but we were asked if we are worried for the party we should campaign in the poll-bound states. But now we are not included in the list we can’t do anything we can’t go for the campaign as the expense will get included in the candidate’s account.”

Twenty-three Congress leaders, referred to as G-23, had in August last written to Sonia Gandhi calling for “full-time and effective leadership” and internal elections including to Congress Working Committee.