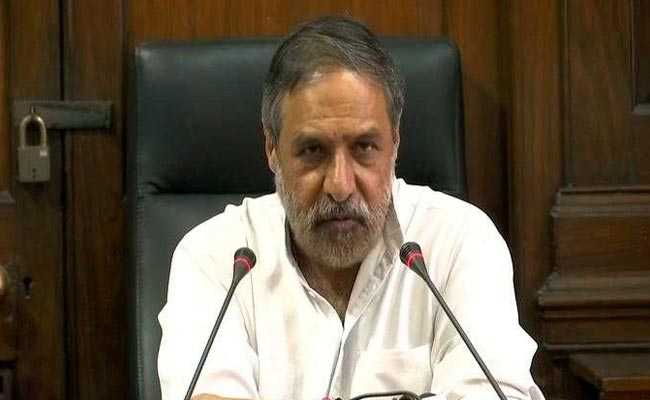 Anand Sharma is a part of the committee on foreign affairs, along with Shashi Tharoor, Salman Khurshid.

Senior Congress leader Anand Sharma’s tweets on Prime Minister Narendra Modi’s visit to vaccine makers are the latest source of embarrassment to the party as it battles open dissent since its latest election defeat, in Bihar. When the apparent praise in his posts drew comment, he tweeted that “lines got misplaced” in his earlier posts, which led to “avoidable confusion”.

But the party’s critics, as well as many within the organization, saw it as a weak attempt at recovery.

In tweets on Sunday, the former union minister said PM Modi’s visit to two facilities involved in developing Covid vaccines was a recognition of Indian scientists and an acknowledgement of institutions that India has built over decades. Just a day before, his party colleague, Congress spokesperson Randeep Surjewala, had criticized the Prime Minister in scathing posts that referred to farmer protests.

Anand Sharma first tweeted: “Prime minister Narendra Modi visit to Serum Institute, Bharat Biotech and Zydus Cadilla was a recognition of Indian scientists and their work to produce the vaccine for COVID-19 That alone will lift morale of frontline warriors and reassure the nation.”

Mr Sharma was among the 23 “dissent” letter-writers who had, earlier this year, called for sweeping changes in the party and a “visible, effective leadership”. His post, therefore, raised speculation that he was switching loyalties.

Later, the former Union Minister posted a clarification and a fresh tweet.

“Regretting the error in our earlier tweet where the lines got misplaced, resulting in some avoidable confusion. The original tweet reads as follows,” he wrote.

Regretting the error in our earlier tweet where the lines got misplaced, resulting in some avoidable confusion. The original tweet reads as follows. pic.twitter.com/hrhD2me519

“Prime Minister Shri Narendra Modi visit to Serum Institute, Bharat Biotech and Zydus Cadila was a recognition of Indian scientists and their work to produce the vaccine for COVID-19. This is acknowledging and respecting the institutions that India has built over decades that have expertise and potential making India the world’s largest vaccine manufacturer. Urging PM to ensure that an efficient and equitable platform is functional as the vaccine arrives. This alone will lift the morale of frontline COVID warriors and reassure the nation (sic),” Mr Sharma said.

PM Modi on Saturday visited Ahmedabad, Hyderabad, and Pune to review the development and manufacturing process of coronavirus vaccines. He visited the Zydus Biotech Park in Ahmedabad, Bharat Biotech in Hyderabad, and Serum Institute of India in Pune.

Randeep Surjewala had accused the PM of “handling television” while farmers were protesting on roads of Delhi.

“Wish the PM talks to farmers on the road instead of flying in the aircraft,” he had said in a tweet.

“Coronavirus vaccine will be developed by scientists, farmers will feed the country and Modi ji and BJPites will handle television.”

This is the latest example of Congress talking in two voices and one of the letter writers expressing views that are different from the party line.

Mr Sharma is a part of the committee on foreign affairs, along with Shashi Tharoor, Salman Khurshid and Saptagiri Ulaka.