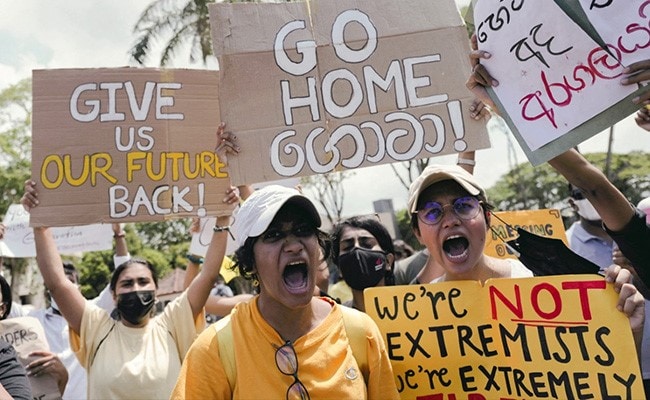 Sri Lanka has started a process to import cooking gas through a credit line arrangement with India, the chair of the country’s state-run gas company Litro Gas said on Friday as he resigned from his post alleging that a gas mafia was engaged in corruption amidst the country’s worst economic crisis.

Sri Lanka is currently experiencing its worst economic crisis in history. With long lines for fuel, cooking gas, essentials in short supply and long hours of power cuts, the public has been suffering for months.

Theshara Jayasinghe, the Chairman and CEO of Litro Gas, the country’s largest importer and supplier of cooking gas, said in his resignation letter to President Gotabaya Rajapaksa: “I had initiated a process through the Indian High Commission to obtain an Indian credit line to import gas. This could be easily implemented”.

Jayasinghe said he was resigning as he did not receive the fullest cooperation from the government and had come under pressure from what he called a gas mafia operating against him.

“There is massive corruption in the gas business,” Jayasinghe said.

Cooking gas shortage is just one of the scarcities that the public had to face in the island nation’s worst economic crisis since independence.

People are forced to spend time in long queues for fuel while most essentials, including medicine, are in short supply.

Massive anti-government protests are being held throughout the country with a major demonstration happening outside the Rajapaksa secretariat in central Colombo.

The protest, which entered its seventh day on Friday, was bolstered by the appearance of celebrities.

“We tell the President, please resign, you have proved a failure,” film director Udayakantha Warnasuriya said.

A policeman who joined protesters while still in uniform on Thursday was released on bail on Friday.

The sergeant blessed the protesters while on duty and said the corrupt system and those responsible for it must quit.

The protesters expressed anger over the latest decision to ration fuel at retail stations.

“They must be sent home immediately, we cannot run hires with just 1,500 rupees worth of petrol,” an auto rickshaw driver Samantha told reporters.

With the economic crisis and the shortage of forex, an Indian credit line of USD 500 million for fuel imports provided a lifeline to the island nation.

President Rajapaksa has defended his government’s actions, saying the foreign exchange crisis was not his making and the economic downturn was largely pandemic driven with the island nation’s tourism revenue and inward remittances waning.