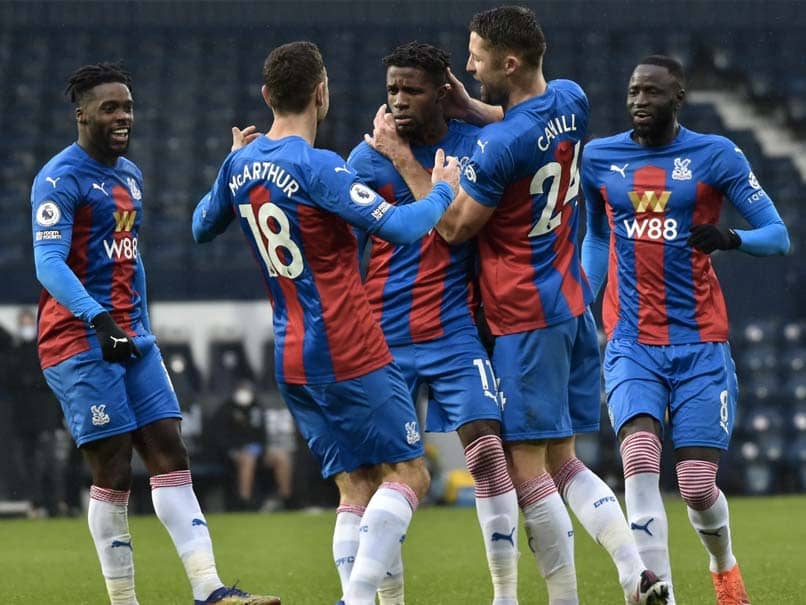 Crystal Palace were a team transformed as they moved to 11th and within three points of the top four.© AFP


Wilfried Zaha and Christian Benteke both scored twice as Crystal Palace made West Brom pay for Matheus Pereira’s first-half red card in a 5-1 rout at the Hawthorns on Sunday. The Eagles had struggled for goals in recent weeks, but with Zaha restored after missing defeats to Burnley and Newcastle due to coronavirus, Palace were a team transformed as they moved to 11th and within three points of the top four. At the other end of the table, the margin of defeat sees West Brom sink behind Burnley to second bottom. Zaha made an instant impact as Palace took the lead after eight minutes when his low cross was turned into his own net by Darnell Furlong.

Furlong made amends on the half-hour mark when his cross was swept home by Conor Gallagher.

But just four minutes later, the game swung decisively in the visitors’ favour when Pereira was sent off after kicking out at Patrick Van Aanholt.

Zaha restored Palace’s lead 10 minutes into the second half when he brilliantly curled in from 16 yards.

Four minutes later, Benteke marked his return to the starting line-up with a first goal since July by stooping to head home Van Aanholt’s cross.

Zaha made it 4-1 after 68 minutes when he stabbed in following Eberechi Eze’s strong run into the box and Benteke rounded off the scoring in style, by turning his marker and powering home a left-footed drive from just inside the penalty area eight minutes from time.