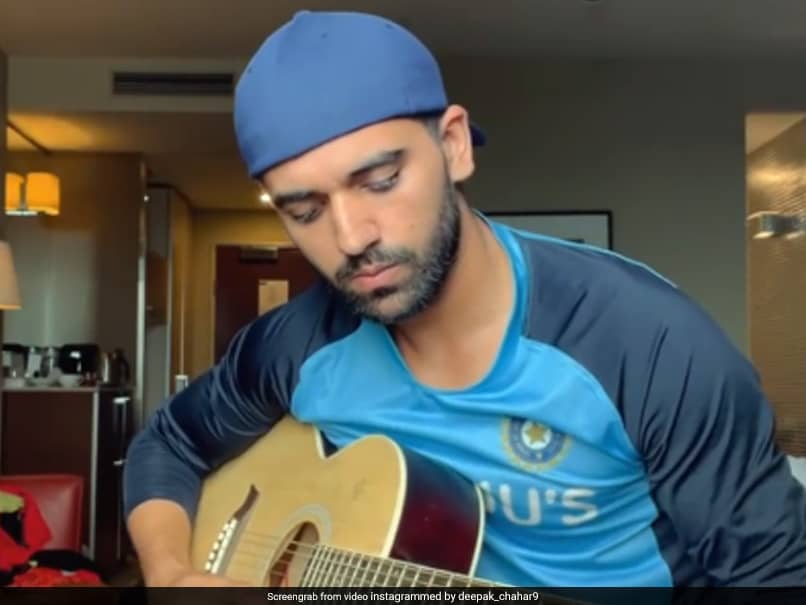 
India fast-bowler Deepak Chahar took to Instagram on Sunday to share a video of himself playing the tune of a hit Bollywood song from one of Shah Rukh Khan’s biggest movies. In the video, Deepak Chahar can be seen playing a guitar before heading out for practice in Sydney. “Mood before practice #quarantine #life,” Deepak Chahar captioned the video. The 28-year-old pacer is in Sydney with the rest of the Indian squad, undergoing the mandatory 14-day quarantine period ahead of the start of nearly two-month long tour of Australia.

Chahar was not named in the One-Day Internationals and Test squads for the upcoming series in Australia but he was picked for the Twenty20 International matches Down Under.

Deepak Chahar played 14 games in the 13th edition of IPL and picked up 12 wickets but what stood out for him was his economy rate — 7.61.

Chahar has only played 10 T20I matches but he holds the record for best bowling figures by an Indian in the shortest format of the game.

The tour will kick off with the ODI series, starting November 27.

Virat Kohli and co. will be also be seen playing their first-ever day-night Test match overseas.

Adelaide Oval is set to host the pink-ball Test, which will begin on December 17.