The suspect, Karan Jolly, is 19 years old and a student in a college in UP’s Meerut

A 19-year-old man has been arrested for allegedly murdering his 73-year-old grandmother – by hitting her on the head with a hammer – after she refused to give lend him money for a New Year’s party, Delhi Police said on Monday.

On Sunday night police responded to a distress call from a home in east Delhi’s Shahdara neighbourhood. They were told an elderly woman had been hit on the head with a hammer.

Police rushed to the house to find a gruesome sight – the blood-covered body of Satish Jolly slumped in a chair, with a bloody hammer lying on the floor and blood stains on the floor

Satish Jolly lived on the ground floor of the house in Shahdara’s Rohtash Nagar. Her elder son, Sanjay, lives on the first with his wife and two children. Manoj, her second son, lives nearby.

According to the police, at around 8 pm on Saturday the accused Karan – Satish Jolly’s elder son – asked his grandmother give him money. When she refused, he killed her, stole Rs 18,000 and fled. 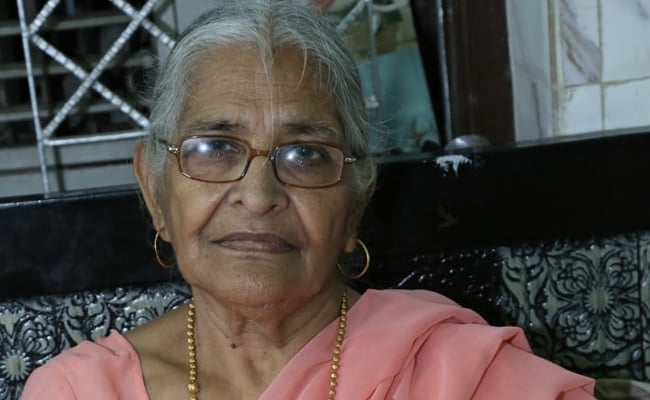 The grandmother, Satish Jolly, was 73 years old and lived in a room on the ground floor of the house

The body was discovered on Sunday morning when Satish Jolly came downstairs to find the door to his mother’s room locked. Alarmed, he called his brother, who said she wasn’t with him and came to his brother’s home. The two then broke open the lock to find their mother’s dead body.

On investigation the police found Karan borrowed a hammer from a tenant in the building, on the pretext of wanting to hang nails. He was arrested after his father phoned and ordered him to return..

Karan, a business administration student from a college in UP’s Meerut, told police he frequently borrowed money from his grandmother and had become angry when she refused this request.

Arrested Suspect Has No Link To Jamal Khashoggi: Saudi Embassy In Paris

Saved Millions Of Refugees From Massacre In Indo-Pak War, Says India At UN