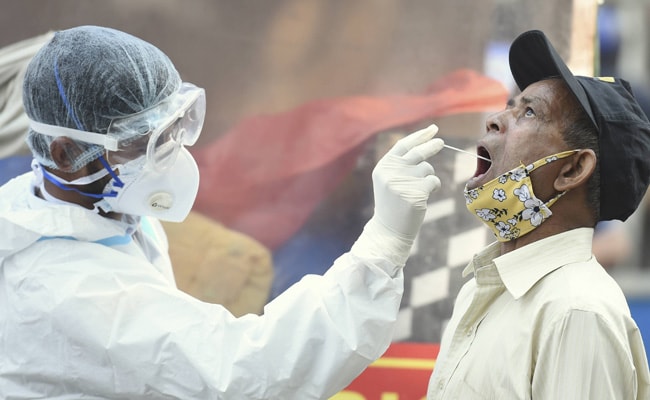 The highest single-day spike in cases so far at 8,593 was recorded on November 11. (File)

Delhi recorded 7,486 new coronavirus cases on Wednesday, taking the infection tally in the city to over 5 lakh, while 133 new fatalities, the highest single-day count till date, pushed the number of deaths to 7,943, authorities said.

The new cases came out of over 62,000 tests conducted the previous day, marking a positivity rate of 12.03 per cent amid the festive season and rising pollution in the national capital, according to the latest bulletin issued by the Delhi health department.

The highest single-day spike in cases so far at 8,593 was recorded on November 11.

With the city battling its worst phase in the COVID-19 pandemic, authorities have drawn up plans to reinstate some curbs, such as lockdowns of some markets, if necessary.

Although elsewhere in the country new cases are falling, the situation is different in Delhi, a city of 2 crore swathed in air pollution, where crowds thronged markets for Diwali last week.

With his palms joined together during a live broadcast on Twitter on Tuesday, Delhi Chief Minister Arvind Kejriwal pleaded for people to wear masks and maintain social distancing.

“If…we see that social distancing and mask-wearing is not being followed in any bazaar and there’s a possibility of those areas becoming a hotspot, we should be allowed to close them down for a few days,” he added.

As a popular time of year for weddings nears, Mr Kejriwal’s government has also cut the number of guests at such celebrations, to 50 from 200.

Delhi is also grappling with pollution and the air has high levels of tiny pollutants of the size known as PM 2.5, which doctors say can enter the nose to weaken the inner lining of the lungs and help the coronavirus spread.

Since the middle of May, the capital has gradually opened markets and public transport shut during the early phase of the pandemic.