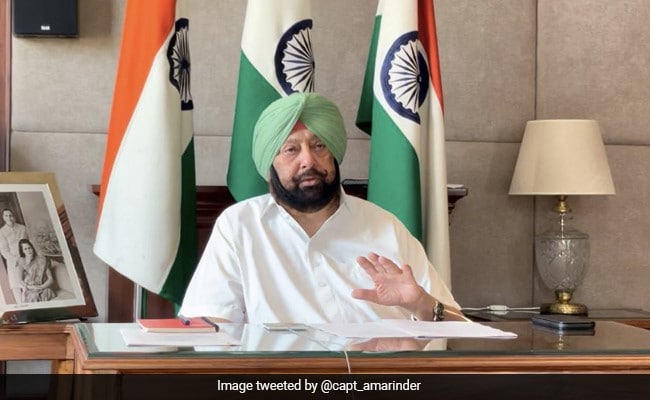 At present, Batala is part of Gurdaspur district.

Two days after his two dissident ministerial colleagues demanded declaration of Batala as a new district of Punjab, Chief Minister Amarinder Singh on Monday took a swipe at them, saying the issue was already under consideration and a final decision would be taken after due consideration of various issues involved.

Tript Rajinder Singh Bajwa and Sukhjinder Singh Randhawa, who were among the four ministers who raised a banner of revolt against Amarinder Singh, on Saturday had sought a meeting with him over the creation of Batala as a new district of the state.

In a letter to the chief minister, the two ministers had demanded that Batala should be announced as the 24th district of Punjab. At present, Batala is part of Gurdaspur district.

In response to the demand raised by Bajwa and Randhawa, the chief minister on Monday said he had received a similar representation from another Congress leader last month and was looking into the matter.

There have been some reports in the media over the past few days indicating that the residents of Batala have also publicly raised the demand for a new district to be carved out of their region, he said in an official statement.

The CM expressed surprise that neither Bajwa nor Randhawa had seen the reports in the public domain nor deemed it fit to discuss the issue with him before shooting off a joint letter to him.

“Had they come to me and spoken about it, I would have told them that I am already looking into the matter and would have even consulted them in this regard,” said Singh, taking a dig at the two ministers.

The chief minister said Congress MP Partap Singh Bajwa, through a letter dated August 11, had demanded district status for Batala and had cited Batala’s historic importance and its connection with Guru Nanak Dev, who had married Mata Sulakhni here in 1487.

Meanwhile, Partap Bajwa said he was grateful to Amarinder Singh for looking into declaring Batala as the 24th district of Punjab.

“The people of Batala are hoping for a favourable decision by the government to answer a long standing demand,” said Bajwa in a tweet.

The chief minister said he was aware of Batala’s significance to Punjab’s history and culture, as well as the public sentiment.

He would discuss the issue with various stakeholders before taking a decision, he added.

His government had identified as many as 103 places in 79 villages and 24 towns that had been visited by Sikhism founder Guru Nanak Dev.

Funds had been allocated and efforts were being made to ensure development of each of them in different ways, he said, adding that a lot of thinking and consultation had gone into the process.

The chief minister further said that steps were continuously being taken to explore ways to ensure the infrastructural development and progress of all the historical towns and places in the state, especially those which are in any way linked to any of the Gurus.

He would do everything in his power to ensure that Batala also gets its due, he added.

Amid a rift in the Punjab Congress unit, four ministers — Tript Rajinder Singh Bajwa, Sukhjinder Singh Randhawa, Sukhbinder Singh Sarkaria and Charanjit Singh Channi — and several party leaders had declared a rebellion against the CM, saying they had lost “faith” in his ability to honour the promises made to the people.