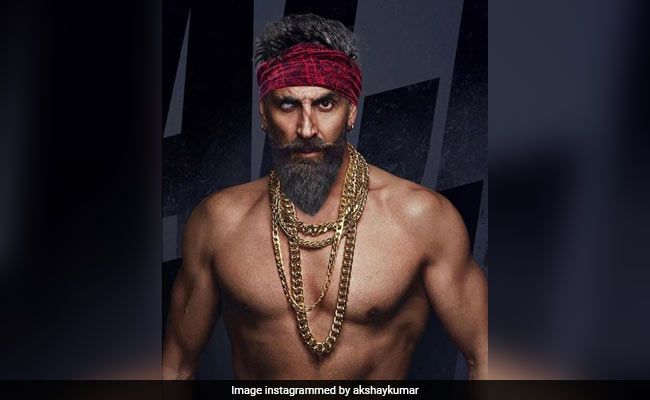 Looks like Akshay Kumar’s Bachchan Pandey is going to super interesting. Akshay Kumar had shared the first look from the movie in July last year, after which he stunned his fans with a new poster released earlier this year. While it was said that Bachchan Pandey is loosely based on Ajith’s 2014 Tamil action film Veeram, nothing much about the film’s storyline has been revealed yet. On Saturday, trade analyst Taran Adarsh shared some details about Akshay Kumar and Kriti Sanon’s roles in the film. Actor Arshad Warsi has also joined the cast of Bachchan Pandey, marking his first ever film with Akshay Kumar.

According to Taran Adarsh, Akshay Kumar’s eponymous character Bachchan Pandey is a gangster who aspires to be an actor. Meanwhile, Kriti Sanon has been cast as a journalist, who harbours dreams of becoming a film director. Arshad Warsi has been roped in to play the role of Bachchan Pandey’s friend. The makers are reportedly on the look-out for another actress to join the cast.

#BachchanPandey character details… XCLUSIV…
⭐ #AkshayKumat plays a gangster who aspires to be an actor.
⭐ #KritiSanon portrays a journalist who wishes to be a director.
⭐ #ArshadWarsi to star as #Akshay‘s friend.
One more actress will be signed soon.

Citing a source close to the production, a Mumbai Mirror report stated that the makers are looking forward to complete Bachchan Pandey in a marathon schedule of 60 days. The shooting schedule of the film is expected to begin in January 2021 and wrap by March. “Akshay, along with leading lady Kriti Sanon, director Farhan Samji and the rest of the unit will fly to Jaisalmer for a marathon schedule of over 60 days during which they will be filming in real locations. Last month, the production team secured all the requisite permissions and locked the shooting spots.”

Bachchan Pandey will be directed by Farhad Samji and produced by Sajid Nadiadwala.