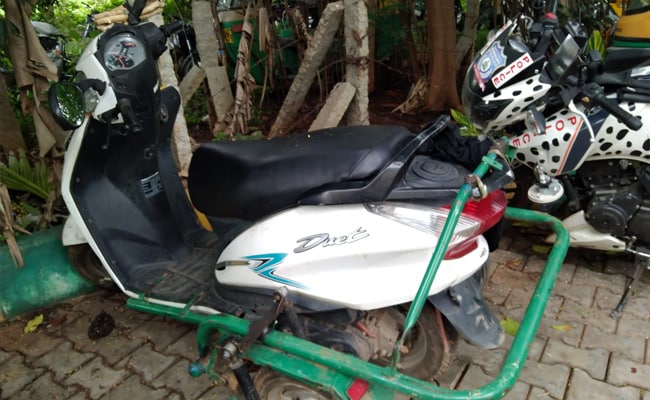 The man died on the spot.

A 75 year-old differently abled man died in an accident after his two-wheeler ran over a pothole and he lost balance in Bengaluru on Monday night.

M Khursheed Ahmed, a resident of Jayanagar in central Bengaluru, was riding his vehicle when it fell into the pothole in the city’s Kamakshipalya area. He died on the spot. His body has been taken to Victoria Hospital for a postmortem.

Karnataka Chief Minister Basavaraj Bommai said he has instructed the BBMP commissioner to fix all potholes once rain subsides. It will be done on a war-footing in the coming days, he said.

To draw the attention of the Karnataka government and the BBMP towards the poor condition of roads, residents of Anjanapura in Bengaluru planted paddy saplings in the water-filled potholes on Saturday.

They also brought a boat and offered rides for Rs 20 per passenger as a mark of protest.