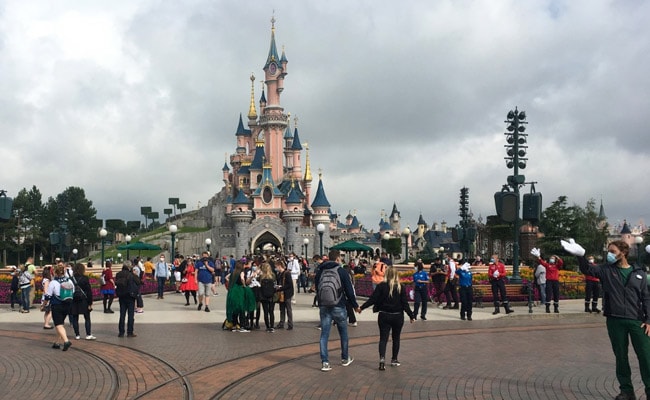 The theme park held off from giving any new estimate for a reopening. (File)

Disneyland Paris, Europe’s biggest tourist attraction, said Friday it will not be able to reopen as planned on April 2 because of the ongoing Covid-19 crisis.

The park, which employs 17,000 people, closed between March 13 and July 15 last year, and has been shut again since October 30.

Initially, Disneyland Paris had hoped to re-admit visitors in February, before setting April 2 as its new target date, depending on health conditions improving.

This time, the theme park held off from giving any new estimate for a reopening.

“We are optimistic that we will be able to reopen soon, and we will share updates when possible,” it said on its website’s homepage.

Anyone with bookings would be able to reschedule or ask for a refund, it said.

A union source at Disneyland said earlier this year that management expects a return to pre-pandemic levels of activity only in 2022.

The Disney group has announced 32,000 job cuts at its theme park activities worldwide by the end of the first quarter, mostly in the United States, because of the impact of the coronavirus.