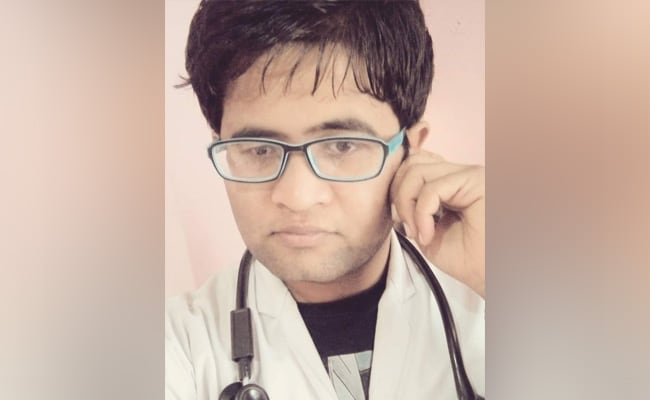 The 30-year-old, a contract doctor in Bundelkhand Medical College, tested positive on October 28

A young doctor succumbed to COVID-19 today after battling the virus for almost a month in Madhya Pradesh. The virus severely affected Dr Shubham Upadhyay’s lungs and a transplant was the only way to save him. However, he couldn’t be airlifted to Chennai for the procedure due to cyclone Nivar, which is expected to hit the southeast coast by midnight or early tomorrow.

The 30-year-old, a contract doctor in Bundelkhand Medical College, tested positive on October 28 while treating Covid patients. He was rushed to Chirayu Medical College in Bhopal after his condition deteriorated on November 10.

“96 per cent of his lungs got infected due to the virus at the time of admission and a lung transplant was the only way to save him,” said Dr Ajay Goenka, Chirayu Hospital. But the transplant got delayed as It was not possible to airlift the corona warrior ahead of the landfall of the cyclone in Chennai.

Earlier, Chief Minister Shivraj Singh Chouhan directed officials to sanction the required amount for Dr Upadhyay’s treatment after he was informed by the state PWD minister, Gopal Bhargava, about the corona warrior’s condition.