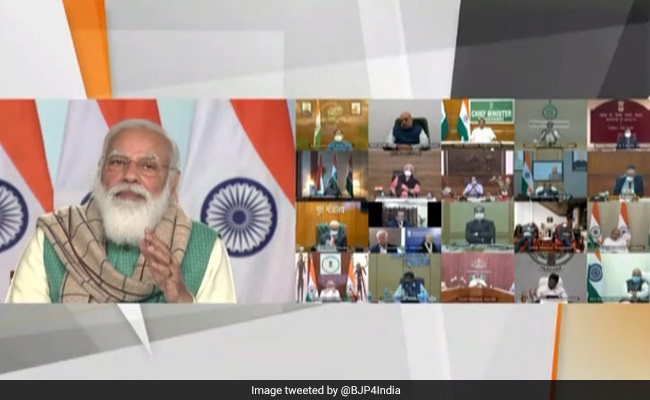 Prime Minister Narendra Modi, at a meeting with state Chief Ministers ahead of vaccine rollout, underscored that politicians should not jump the queue and take the vaccine but wait for their turn, sources told NDTV. The government has prepared a priority list for vaccination that is headed by one crore health workers and two crore frontline workers like the police, civil defence personnel and sanitation workers, for whom the vaccines will be free.

The Prime Minister’s warning came after the Haryana government requested the Union health ministry to include public representatives (MPs and MLAs) to be included in the list for vaccination in the first phase.