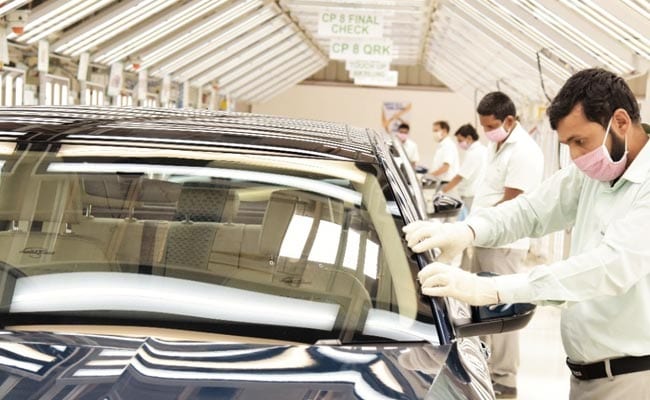 The NSO will release GDP growth estimates for the third quarter (October-December) 2020-21 today.

The Indian economy probably returned to growth in its fiscal third quarter after a recession earlier in 2020, economists said, and the recovery is expected to gather pace as consumer demand and investments shake off the effects of the pandemic.

The median forecast from a survey of 58 economists this week predicted gross domestic product (GDP) in Asia’s third-largest economy grew 0.5 per cent year-on-year in the December quarter, after shrinking 23.9 per cent and 7.5 per cent in the April-June and July-September periods, respectively.

The forecasts ranged from a contraction of 4.7 per cent to growth of 2.6 per cent.

The National Statistical Office (NSO) will release GDP growth estimates for the third quarter (October-December) 2020-21 today later in the evening.

India had slipped into a technical recession during July-September when GDP fell for two successive quarters.

Real or inflation-adjusted GDP shrank 7.5 per cent during July-September this year — confirming fears of a crippling slide across several industries and services that continue to bleed profusely through multiple deep cuts caused by Covid-19-induced disruptions.

This contraction came on the back of a nearly 24 per cent fall in April-June.

Economists have raised their forecasts for the current and next fiscal year, expecting a pick-up in government spending, consumer demand and resumption of most of economic activities were helping economic recovery.

The Reserve Bank of India (RBI), which has slashed its repo rate by a total of 115 basis points since March 2020 to cushion the shock from the pandemic, has projected growth of 10.5 per cent for the fiscal year starting April.

“We will continue to support the recovery process through the provision of ample liquidity in the system,” RBI Governor Shaktikanta Das told industrialists at an event on Thursday.

However, some analysts warn that a recent rise in crude oil prices and a surge of Covid-19 cases in parts of the country may pose risks to the nascent recovery.

In addition, some sectors, such as retail, airlines, hotels and hospitality, are still reeling from the impact of pandemic.

“Growth remains on an uptrend, although the recent rise in pandemic cases is a risk to monitor,” Sonal Varma, chief economist at Nomura, said in a note on Thursday.