Elaneer payasam recipe is a must-try.

Not all South Indian sweets and desserts have been around forever. The Mysore Pak, a sinful delicacy that is crafted with three ingredients, is a 20th century phenomenon – a tasty treat that was invented in the Royal kitchens of the Mysore palace. The Elaneer payasam is an even more recent phenomenon. While there are quite a few sweets that use coconut milk or tender coconut kernels in parts of South India, the idea to combine them in a delicate cold dessert along with reduced milk is a relatively new development.

A payasam (or kheer) is an integral part of a large South Indian festive, banana leaf meal. Over the past few decades, we’ve adopted the Western template and serve payasams as a dessert at the end of the meal. It wasn’t always eaten at the end of the meal. It wasn’t uncommon for a sweet or a payasam to be served as a first course of a traditional banana leaf meal. Also, payasams were usually served hot or at room temperature. The concept of a cold semiya payasam (semolina kheer) or paal payasam (milk kheer) probably took off in the 1970s and 80s when refrigerators went more mainstream across urban South India. A traditional South Indian payasam typically features rice or lentils and are usually mildly sweet without too many spice infusions.

The first time I tried the Elaneer payasam was at the Southern Spice (see recipe below) at Taj Coromandel, Chennai. This restaurant debuted in the late 1990s and eventually the Elaneer payasam became one of their signature desserts. Restaurants like Southern Spice are partial to coconuts from Pollachi (near Coimbatore) for the extraction of coconut milk and kernels. The tender flesh inside the coconut is also known as ‘Vazhukkai’ in Tamil. It’s also referred to as elaneer. This adds a wonderful light texture to the elaneer payasam. Elaneer is also used to refer to tender coconut water. The health benefits of elaneer have made it an integral part of summer diets across South India. It has a high concentration of electrolytes, vitamins and minerals (like calcium, potassium and magnesium). It’s also rich in Amino acids that are knownto repair tissues and are building blocks of protein.

The unique textures and subtle flavours of tender coconut or elaneer have now made it a popular ingredient in western desserts across cities like Chennai and Bengaluru where a tender coconut mousse or tender coconut ice cream are no longer exotic. The Elaneer payasam has also gradually become a regular fixture in South Indian restaurants and wedding menus. And just like the Mysore Pak it has acquired a classic status despite its recent origins. 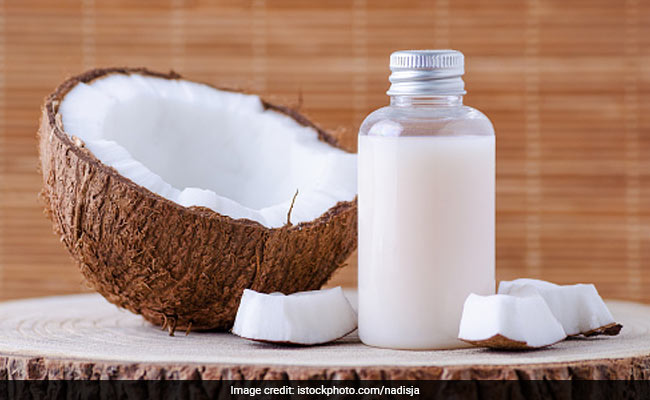 This payasam recipe is the perfect balance of reduced milk, coconut milk, jaggery and coconut kernel. While it’s relatively simple to make, the key is to balance the sweetness and also use the most tender kernels. The team at Southern Spice believes that this dish needs to be consumed immediately (in under 6 hours from the time it is prepared).

Method:
Scrape off the flesh of tender coconut and finely chop, and set aside.
Chill all the ingredients except the jaggery.
Pound jaggery in to a fine powder.
Add thick and fresh coconut milk, combine the mixture well & sieve.
Now add the reduced milk) and the chopped tender coconut kernels, stir and mix gently.
Serve chilled.

The opinions expressed within this article are the personal opinions of the author. NDTV is not responsible for the accuracy, completeness, suitability, or validity of any information on this article. All information is provided on an as-is basis. The information, facts or opinions appearing in the article do not reflect the views of NDTV and NDTV does not assume any responsibility or liability for the same

About Ashwin RajagopalanI am the proverbial slashie – a content architect, writer, speaker and cultural intelligence coach. School lunch boxes are usually the beginning of our culinary discoveries.That curiosity hasn’t waned. It’s only got stronger as I’ve explored culinary cultures, street food and fine dining restaurants across the world. I’ve discovered cultures and destinations through culinary motifs. I am equally passionate about writing on consumer tech and travel.