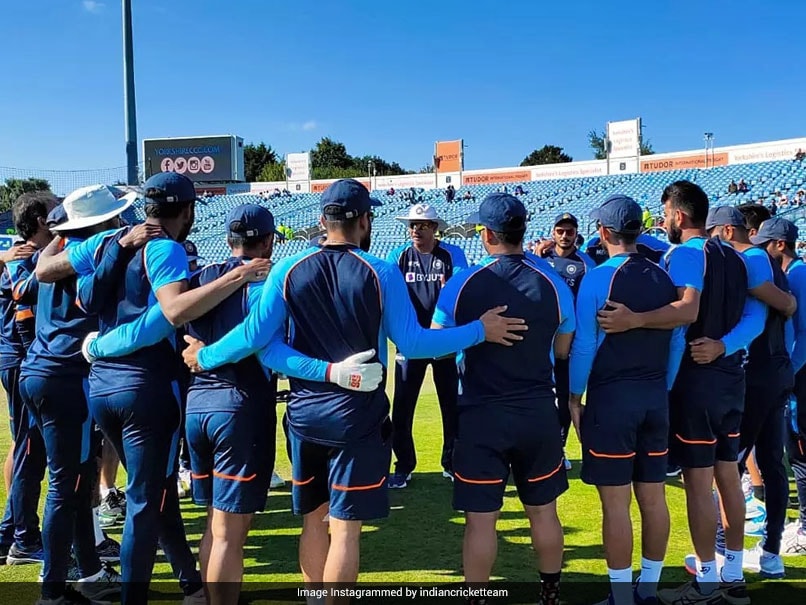 Four members of the India support staff had already gone into isolation during the Oval Test.© AFP

Another member of the Indian cricket team’s support staff has tested positive for COVID-19, a day ahead of the fifth and final Test against England in Manchester, according to NDTV sources. India’s training session on the eve of the Test has been cancelled as a result. Earlier, head coach Ravi Shastri and fellow members of the support staff — Bharat Arun, R Sridhar and Nitin Patel — had gone into isolation in England after Shastri returned a positive test result. According to later reports, two of Shastri’s fellow support staff members in isolation had also tested positive.

The Virat Kohli-led Indian cricket team had last trained in Manchester on Wednesday but were asked to remain in their hotel following Thursday’s positive test result.