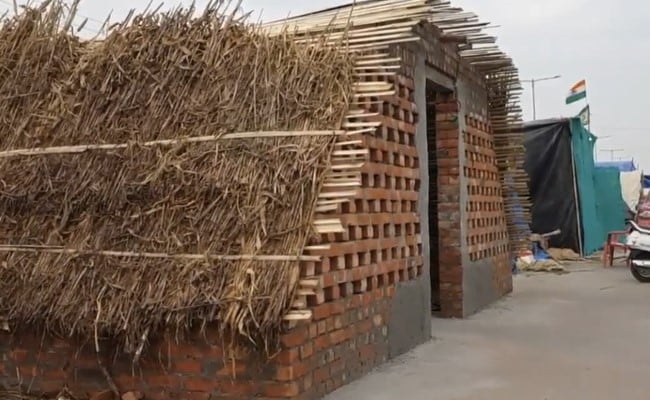 The Samyukta Kisan Morcha (SKM), which is leading the anti-farm law protests, on Sunday asked the agitating farmers not to build permanent structures at Delhi’s border points where they have been camping since November last year.

Some permanent structures have started to come up at the Singhu border, one of the three prominent protest sites besides Ghazipur and Tikri border points, where agitation against the Centre’s three central laws has been going on for over three months.

During a meeting of the Morcha, which included 32 Punjab farmer unions, a decision was taken that the protesters should not build any permanent structures at the protest sites, an SKM statement said.

The statement further said that several SKM leaders also travelled to West Bengal to campaign in support of their agitation and to urge voters there not to vote for “anti-farmer” BJP.

The SKM delegation addressed mahapanchayats at Singur and Asansol in the state on Sunday, it said.

The outfit said after a debate in the United Kingdom’s House of Commons on the issue of peaceful protests and press freedoms in India, it could be the House of Representatives in Australia that could pick up a petition.

“The e-petition has four more days for collecting signatures before the House of Representatives could pick it up,” the statement said.

The ”yatras” taken out in support of farmers demands in various states, including Odisha, Bihar and Uttarakhand, are going on and receiving support there, the statement said.

The SKM said of the 151 farmers, arrested in connection with various FIRs other than the one concerning the Red Fort incident on Republic Day, 147 have been released on bail so far.

The protesters are demanding the BJP government to repeal three farm laws and extend legal guarantee for MSP of their crops.